GARDAÍ have renewed an appeal for information about missing Southill man Matthew Carroll, who it is feared was murdered by members of a local crime family 24 years ago.

Following on from the anniversary of his disappearance on June 8, a Garda spokesperson said Gardaí at Roxboro Road Garda Station are seeking the public’s assistance in the search for Matthew Carroll.

Gardaí declined to comment on claims they received a letter and an audio recording in January last year, which included specific allegations about why Mr Carroll was abducted and murdered, and who was involved in the alleged killing.

The 30-year-old father of one was last seen alive at the Steering Wheel pub, Roxboro Shopping Centre, Limerick, on June 8, 1998, where he was celebrating his local soccer team Carew Park FC’s victory in the Lawson Cup.

Gardaí said he left the pub between 7pm and 8pm and made his way in the direction of his family home at Rose Court, Keyes Park, where “he lived most of the time with his mother”.

“Matthew Carroll never arrived home, this is the last time he was seen,” gardaí said.

In response to questions about the letter and audio recording, and if these items were being actively investigated, a Garda spokesperson said: “We are not in a position to comment on this ongoing investigation. Our appeal still stands.”

Despite a prolonged investigation, which has examined one major line of enquiry that Mr Carroll may have been killed by local criminals and buried under concrete, Gardaí have failed to find any trace of him.

One of many theories considered by Gardaí was that Mr Carroll – who was not involved in crime – may have been abducted over possible knowledge he had of the activities of members of a Limerick crime family.

Garda Headquarters said in 2021 that a “senior investigating officer was appointed to oversee and manage this investigation” but it said it was not commenting on any other aspect of the probe.

Speaking on Wednesday, Matthew Carroll’s brother, Seamus Carroll, said Gardaí had informed the family that they were “looking into” various allegations.

Appealing for information, Mr Carroll (49) said: “It’s 24 years now, it’s a long time, and certain people out there know something and I’d ask them to please come forward and pass on the information.

“People don’t understand, our heads are wrecked with this. All the family would hope is that people are a year older and a year wiser and hopefully not afraid to come forward.” 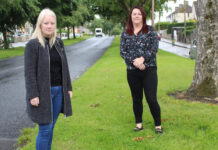 Bishop of Limerick says economic success must include the poor