The Republic of Ireland secured safe passage to the second round of the World Cup of Darts with Limerick’s William O’Connor and Carlow’s Steve Lennon seeing off Canada, 5-2, in their opening round tie.

Played in the doubles format, it was Lennon who led the way for Ireland early on, the pair seeking a first win at the annual competition since their 2019 semi-final victory over Netherlands. Indeed, they will now face the Dutch on Saturday, after they saw off Brazil, 5-0 in the final clash on Thursday evening.

While O’Connor was not at his best, he came up with some crucial scores and moments, including a bullseye finish in leg four, to extend the lead in the dash to five legs.

O’Connor is one of just four players to have played in every World Cup of Darts since its inception, and his experience counted against a Canadian pair who’ve yet to make significant impact on the PDC Tour.

Ireland broke the Canadian duo of Jeff Smith and Matt Campbell early on and were able to hold their own throw before braking once more to seal an easier than expected victory. Averaging 88.26, the pair will be hopeful of improving this ahead of their last 16 clash.

The meeting with the Dutch is a last 16 tie, with Danny Noppert and Dirk Van Duijvenbode representing the opposition. Three time World Champion, Michael Van Gerwen misses out for his country, owing to surgery for carpel tunnel syndrome in his throwing arm.

Elsewhere on Thursday there was victories for 2020 winners Wales, hosts Germany and Northern Ireland saw off Gibraltar, 5-3, to set up a clash with New Zealand who defeated Switzerland by the same scoreline. 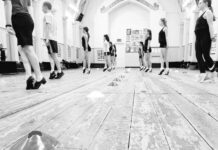 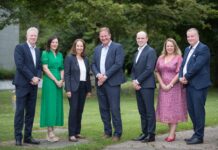 Ambassador told of Shannon’s links to Canada at Chamber briefing 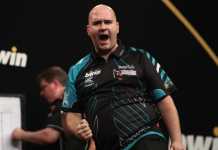