AN BORD Pleanála has delayed a decision on a controversial planning application to expand the residue disposal area at the Aughinish Alumina site in Askeaton.

Rusal also sought to raise the level of salt cake, a hazardous material, to a new maximum of 35 metres. These areas, which are side by side, store the two main by-products of bauxite processing.

The company also wants to expand its borrow pit to facilitate further blasting of rock on-site to provide material for expanding the BRDA up to 2039.

Rusal’s application had been due last Wednesday. However, they were recently told by An Bord Pleanála that it was still with the planning inspector and the Board intends to deal with the application before September 16.

Rusal, which employs 482 workers and 385 contractors at the Aughinish plant, is  linked to Russian oligarch Oleg Deripaska who is on the EU’s sanctions list. This had raised the prospect that Rusal, and its Aughinish plant, could be included in sanctions directed at Deripaska.

However, the Department of Enterprise said neither Aughinish nor Rusal comes within the scope of EU sanctions. 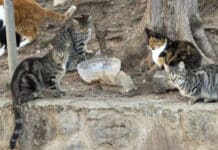