There was a palpable sense of relief enveloping the Markets Field last Friday evening when Treaty United secured the three points against basement side Athlone Town in the Airtricity League First Division.

It was the Limerick outfit’s first win in nine matches and, due to the manner of the victory, the Treaty players and manager cut frustrated figures despite the result.

Treaty made an exceptionally fast start and were 2-0 ahead inside eight minutes through goals from Dean George and a superb Jack Lynch goal from just inside the opposition half. However, Athlone scored and made it a nervy evening.

The last nine games have been the most difficult for Treaty since they joined the league last year, but Tommy Barrett’s side are still three points clear in the play-off race in fifth place. Treaty have only lost to the top three in the league this season, but draws have cost them a place higher in the table. The task doesn’t get any tougher than Friday night with a trip to Eamon Deacy Park against title chasing Galway United.

Treaty supporters will have painful memories of the last encounter at the Markets Field as their side looked set to take all three points with a 2-0 lead heading into the final 15 minutes but goals from Ronan Manning, Alex Murphy and Stephen Walsh completed a stunning fightback to claim all three points for the Tribesmen.

In the earlier meeting at Eamon Deacy Park, John Caulfield’s men were also victorious as goals from Wilson Waweru and Walsh gave them a 2-0 lead before former Galway man Enda Curran scored one of his six league goals to pull a goal back. Treaty have always been involved in close encounters against Galway but are yet to pick up a victory against them since their inception into the league last season which amounts to five meetings so far.

Treaty were given a huge boost last week with the return of Curran and Willie Armshaw as second half substitutes. However, Barrett will be sweating over the fitness of Dean George who was replaced late during the Athlone victory. George is the club’s leading scorer this season with seven goals, and it is his best individual goal scoring record since joining the League of Ireland.

Barrett is aware of the challenge facing his side tomorrow night and when he spoke to the club’s official media team, he stated.

“It’s a shot to nothing for us. They are a full-time team and we have only lost this year to full-time teams. If we can get anything out of the next two games, it would be good. It is a really difficult period for us so it was very important to get the three points tonight. This is our third time playing Galway and Cork on the double and its difficult for us to do that. I know they have games too but it’s a lot easier for them in terms of recovery.”

With both Galway and Cork awaiting Treaty over the next four days, Sporting Limerick soccer analyst Noel O’Connor believes Treaty will be targeting the former to gain a positive result.

“If you were to look at the two games, if they were to have any chance of gaining a result, it would probably be from Friday’s game. The games with Galway have generally been tight and they were 2-0 up against them at the Markets Field. I cant remember the last time Galway scored 5 goals before last week against Bray and that’s probably the most worrying thing for Treaty. Treaty will be fresher on Friday than on Monday.”

To view this week’s 20th episode of the ‘Soccer Scene’, click on the link below 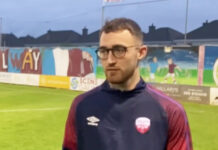 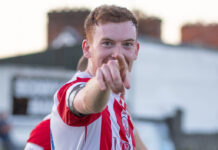 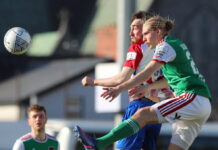 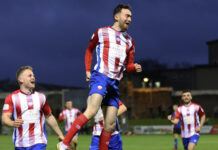 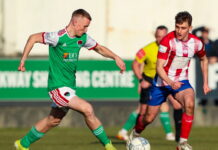