THE damning report published by the Health Information and Quality Authority (HIQA) into conditions at University Hospital Limerick was particularly critical of its failure to provide privacy or dignity to dying patients.

However, Limerick woman Joanne Maloney says that patients dying after lying on trolleys in overcrowded corridors at UHL is nothing new.

Seven years ago, Ms Moloney’s 73-year-old father Eddie died in UHL after being left for 12 hours with a bleed on the brain on a trolley in a corridor, next to a drunk person.

He took his last breath lying beneath a loud television blaring out the commentary of Ireland v France in the Rugby World Cup as other patients and their visitors “shouted and roared” at the screen.

“Seven years on and nothing has changed, in fact, it appears to have gotten worse at UHL,” says Moloney, still unhappy that the family’s requests for a room to say their goodbyes were unmet because none were free.

Later, UHL said services for bereaved families had been improved by renovations to the mortuary and the opening of a family room, but it admitted “end-of-life” rooms are not always available.

“He had no privacy, no dignity, and I remember thinking afterwards that our pet cat had been put to sleep in a more dignified way. At least the cat had privacy at the vets,” Joanne Moloney adds.

Her comments are re-echoed by Marie McMahon from Ennistymon, County Clare, whose husband Tommy Wynne was admitted to UHL with stroke-like symptoms and spent 36 hours on a trolley before he died.

“If a farmer was treating his livestock in the same way that we are allowing human beings to be treated in UHL, it would be closed down,” Ms McMahon said.

“I’ve gone through it and it’s a horrendous experience, absolutely horrendous.”

Still trying to cope with the death of her husband, she sums up the mood of many: “It’s everybody’s worst nightmare that they will end up in UHL, especially people in west Clare.”

“I know of people who have refused to go to UHL and they would rather die at home than on a trolley. That might sound really dramatic but it is actually the truth, that’s how bad it is.” 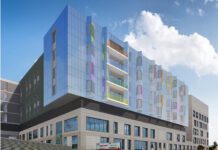