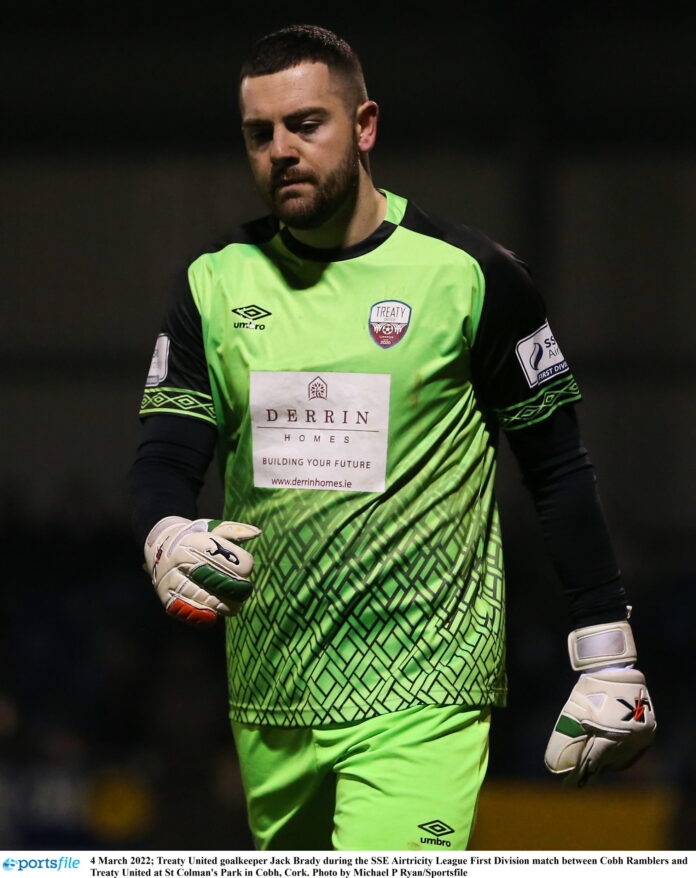 TREATY United took on Waterford FC in the Markets Field on Friday night in a bid to extend their hopes of qualifying for the play-offs.

Waterford find themselves comfortably situated in 3rd place with a five-point advantage and a game in hand over Longford Town.

Treaty started brightly and were finding joy in creating chances as they saw an Enda Curren chance flash wide.

Waterford began to grow into the game and received their reward in the 18th minute as Tunmise Sobowale put his side ahead. After a period of Waterford domination, Darragh Power extended the Blues lead.

Treaty were given an opportunity to get back into the game on the stroke of half time but were denied from the spot due to a Paul Martin stop.

The home team had a brighter start to the second half and made a game of what was a fiery encounter. Treaty fans were given something to smile about as Success Edogun chipped the keeper in the last minute of normal time, but it was only to be a consolation goal.

New signing Edogun has continued to endear himself to his new fans racking up a few goals in his short stint with the Shannonsiders. Edogun attributes quickly settling into his new surroundings to his “welcoming” teammates.

A Wexford draw against Galway United was enough to see Treaty hold on to their play of spot, but the race is heating up coming towards the back end of the season.