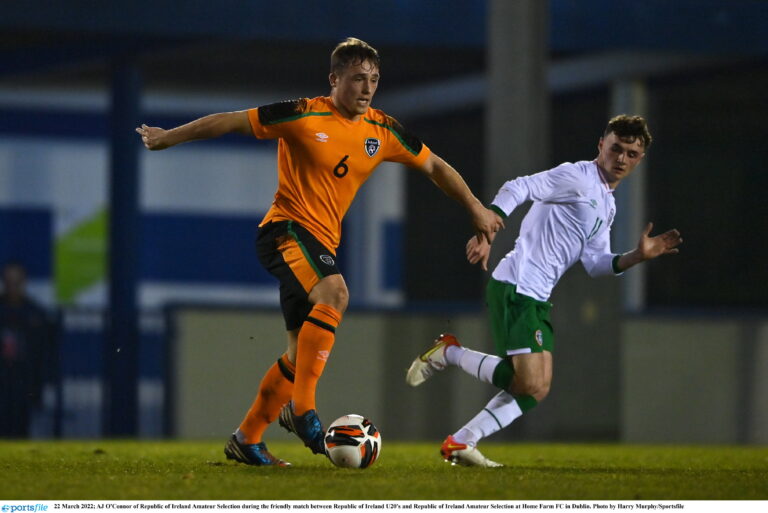 THE Republic of Ireland hosted Wales in Turner’s Cross on Saturday afternoon in a UEFA Regions Cup amateur friendly.

The home side came out on top after a 2-1 victory against their neighbours.

Limerick native, AJ O’Connor, featured from the beginning in a midfield role. As the game progressed, the Newcastle West man, who plays club soccer with Limerick side Fairview Rangers, dropped back into a defensive role.

A second introduction from the Treaty County was made when Chris Smith was brought on in the second half. The Abbeyfeale man was also in defence.

Wales started fast and Irish keeper Brendan O’Connell was forced into early action as he pushed a low Welsh effort around the post. Ireland began to take control as the first half unfolded.

Rockmount AFC’s Eoin Murphy scored a rocket from distance in the 37th minute to give the home team the advantage. His club-level teammate Luke Casey would go on to grab the winner in the second half after an injury time equaliser brought Wales back into the game at the end of the first half.