A MAN was charged today (Wednesday August 17) with the manslaughter of talented Limerick City sportsman Alan Bourke, who was capped for Ireland in both soccer and rugby.

Michael Casey (39), with an address at Cathedral Place, was arrested by Gardaí and charged at 10.15am this morning at Limerick District Court.

Alan Bourke (48), originally from St Mary’s Park, died after he was found unconscious and with serious head injuries on Parnell Street at around 10.25pm on April 15 this year.

Paramedics had tried valiantly to keep the former Limerick soccer star alive at the scene. However, despite their best efforts, Mr Bourke was pronounced dead a short time later at University Hospital Limerick.

Garda Dean Landers of Roxboro Road Garda Station told the court that Mr Casey “made no reply” to the manslaughter charge.

Garda Landers told Judge Marie Keane that the Director of Public Prosecutions (DPP) had directed Mr Casey is to face a “trial on indictment”.

The Garda indicated he would be objecting to bail. In reaction, Mr Casey’s solicitor told the court that Mr Casey was not seeking bail.

Mr Casey, who is unemployed and was granted free legal aid, had appeared before a special sitting of Ennis District Court on April 24 this year, charged with assault causing harm to Mr Bourke at Parnell Street on the night he died.

This charge was withdrawn by the State in light of the manslaughter charge.

Mr Casey is also charged with robbing Mr Bourke of cans of alcohol valued at €10 at the same location on the same date.

Another man, Mark Ryan (35), of Lenihan Avenue, Prospect, Limerick, was charged earlier this year on April 23 with robbing Mr Bourke of his cans of alcohol as well as a pedal cycle valued at €150 at the Parnell Street location.

Mourners at Mr Bourke’s funeral at St Mary’s Church, Athlunkard Street, in April were told he had led a “great sporting life”, noting that he had been capped for the junior Republic of Ireland soccer team as well as lining out for the Irish U-18 rugby team.

Predeceased by his mother Christina, Mr Bourke is survived by his father Mike, sister Diane, brother Barry, and son Matt.

Mr Casey was remanded in custody to appear again before Limerick District Court on August 24 to hear further directions from the State. 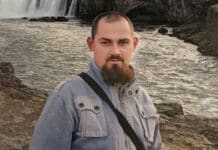 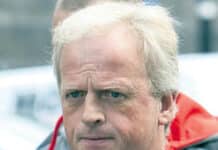