Home Lifestyle Entertainment King Chaila at the Castle: “I think it’s about leaving a legacy,”... 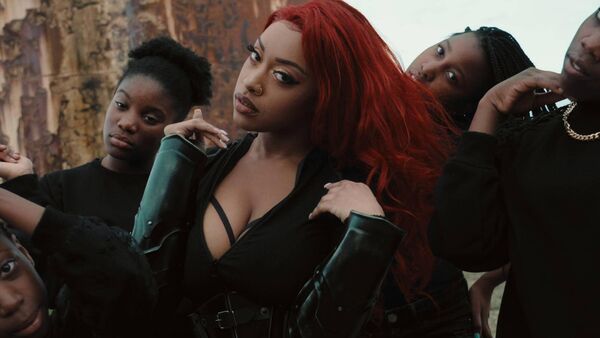 HAVING wowed audiences at Glastonbury, appearing on BBC’s festival coverage, selling out shows in London and Dublin and collaborating and touring with Ed Sheeran, Limerick rapper Denise Chaila has announced the addition of three major artists to play at her summer show at King John’s Castle. TICKETS
Taking place this Saturday August 20, this will be Chaila’s largest headline show to date and is testimony to her growing status in music internationally. Denise describes the upcoming gig as something special and a victory.
“So. They gave me a *castle* to rap in. Being able to do things from my heart is a victory.
“This year I’ve been trying things. Testing myself, testing the waters, taking risks, experimenting with the way I can stretch my own creativity to do things that I want to do but haven’t seen yet. ⁣⁣
“And when you come to this place we’re creating for you this coming Saturday,
“I hope you come with your inner child, some starry eyes, and a ‘once upon a time’ on your lips.
“I hope you come with all the hope and possibility you can find, and that you trust me and the people I bring. Not just to perform. But to make room for you to see yourself, to see the people around you.⁣⁣” 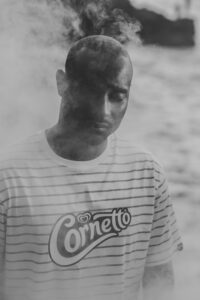 Chatting with rapper and Narolane founder God Knows on the eve of the release of his new EP last week, the conversation turned to the biggest headline gig so far for the Limerick based record label, home to Denise Chaila, God Knows and producer Murli, this Saturday August 20 at King John’s Castle.
God Knows met Denise over ten years ago and was immediately aware of her singing talent.
“In 2012 I already knew that she could sing because we were going to the same church. I heard her sing quite a lot. One day she showed me some of her work, her poetry and those words were lyrics – I said “You are an MC””
In 2014 God Knows released his debut album Rusangano/Family with DJ/Producer MynameisjOhn. MC MuRli came onboard in 2015 with his project ‘Surface Tension’.
Denise was among a collective of diverse artists that hung around with the trio as they toured their high-energy show.
“She was someone that was just open and very much keen and hungry, for what at the time I wasn’t sure because I just knew she was a great writer at the time.”
In a recording session in Killaloe with producer MynameisjOhn, Denise was encouraged to get on the microphone and just, “go in there and do what you do,” in the recording booth.
Denise’s talent shone in that moment and her track ‘‘Isn’t Dinner Nice’ features on Rusangano’s Choice Music Prize album ‘Let The Dead Bury the Dead’ and she toured with the trio as part of Rusangano’s live show.
After the Rusangano project wound down in 2018, Narolane Records was formed.
God Knows explains: “Murli said, “I am gonna produce and make some things.” He had already released a mixtape called ‘The Intangibles’ before we actually initially started the label.
“And then Denise was like, “Yeah, I want to rap, and that’s when she picked up the pen and started barring and the results were phenomenal.”
Denise Chaila’s debut EP ‘Duel Citizenship’ was released in January 2019.
Recording her debut mixtape ‘Go Bravely’ was completed later that year. Her video for her breakout single ‘Chiala’ was shot in February 2020 just before the world locked down and has today over one million streams. 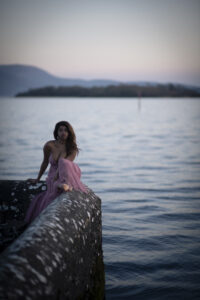 Her profile rose in the following 12 months culminating in a Choice Music Prize Album of The Year win for ‘Go Bravely’ in March 2021.
Showcase gigs in Europe and the US followed, sold out shows in London and in The Olympia, Dublin, a support slot on Ed Sheeran’s Irish stadium tour and an appearance on BBC’s Glastonbury coverage has cemented her profile.
A watershed moment for Chaila was a one-hour performance recorded in the National Gallery of Ireland in May 2020 for Other Voices called ‘Courage’
That performance introduced Denise Chaila to a nationwide audience.
On your TV screen you could see how real this artist was, how strong the music was and how very capable and talented Denise and the crew are at the business of show.
God Knows: “Because I work behind the scenes within Narolane as well as being an artist, I think I felt it immediately shift because you know, it was from the Courage performance onwards, I haven’t had a day off based on what happened post that moment.”
The Narolane record label is based in Limerick and Ed Sheeran was excited by the label’s collaborative ethos and invited Denise to join him on tour.
“A reason why we collaborated with Warner Records with the release by Ed Sheehan was because he understood what we were up to here in Limerick.
“He (Ed) bought into the fact that there’s people who are making music together and they consistently collaborate. Ed was just as excited as we were to play in Limerick.”
As the Narolane profile rises, will they have to look at collaborating with a major record label to take Denise Chaila to the next levels.
“We just believe that this is a unique story from a unique place. And to tell the story, you need someone to buy into the vision, every single part of that.
“And that is what happens when you have a team of people that get what you’re putting across.”
“You know, we’re black Irish from Limerick who have roots from Tofo, Zambia and Zimbabwe.”
“Denise’s influences span from Beyonce to Ertha Kitt
“She’s a writer, she’s, she’s a political figure. She has so much to say she’s an activist, someone who is for women and someone who’s for the rights of every person. She’s also a Christian. There’s so many things and complexities in there that have to be valued highly, if you’re going to come and work with us.”
The gig this weekend is the first hip hop headline show at Limerick’s King John’s Castle. It is the first show promoted by Seoda Shows at the iconic venue.
John Hennessy of Seoda Shows said: “We are beyond excited to be able to host such a high-profile show with Denise Chaila. Seoda and Dolans have worked closely with Denise and Narolane over the last few years. She is truly an authentic and highly talented artist.
We were lucky to run a number of very small socially distanced shows during COVID-19 with Denise. This show in the hallowed grounds of King John’s Castle will be a major highlight in Limerick’s musical history.
God Knows is very much aware that this show is ground-breaking for the city.
“I think it’s about leaving a legacy. It’s doing that for everyone who is doing their thing and who is going to take on the mantle after us. Rusangano paved the way for Denise Chaila’s career – And I’m sure that Denise being the class act that she is will also do the same for the next generation.
“We’re also standing on the shoulders of the Rubber Bandits as well. So, you know, because when Rusangano came along, we were obviously going to do something phenomenal because we were looking at the example of what Blind Boy Boatclub and Mr. Chrome did.”

JOINING DENISE CHAILA ON SATURDAY 20
Denise Chaila will be joined by Le Boom, Negro Impacto and Beedle The Bardcore. The rapper describes Le Boom as, “a wizard who probs specialises in enchantment and damage and almost certainly has a past life as a pirate.”
Le Boom has amassed over six million streams playing over 100 shows from a sold out Olympia to Primavera Festival. His new album traces the highs and lows of a Summer of House Parties – cans in hands, buzzing around a Bluetooth Speaker with your favourite people.
“Chill, smooth ass rogues specialising in reinventing the faerie ring for the internet.” is how Denise sees Negro Impacto. They are vocalist-songwriter Chi Chi and producer and multi-instrumentalist Laurence (AKA StrangeLove) creating unique groovy sets with an alternative neo-soul sound.
Championed by Wu-Tang Clan and commissioned to soundtrack catwalks at London Fashion Week, Beedle The Bardcore reinvents classic hip hop making medieval gaming bangers for your playlist. “They have somehow managed to make me accept that Biggie and medieval music can exist at the same time. So definitely a deft hand at potions, and juju.”

LE BOOM
With 10 Tracks, over 6 million streams, 100 shows across Europe including sold out shows at the famed Olympia Theatre Dublin as well as performances at Primavera and Electric Picnic, Le Boom is looking forward to his most exciting year to date. His forthcoming album – set for release later this year – traces the highs and lows of a Summer of House Parties – cans in hands, buzzing around a Bluetooth Speaker with your favourite people. Ranging from disco workouts to electro pop bangers to heartfelt synth ballads and nostalgic dream-techno, Le Boom’s album marks a new beginning, building on his reputation for mixing melodic pop song structures with a myriad of electronic music styles – a mix of melody and body-shaking music, that never loses sight of an earworm chorus.


NEGRO IMPACTO
From Dundalk, Negro Impacto are vocalist-songwriter Chi Chi and producer and multi-instrumentalist Laurence (AKA StrangeLove). The duo has been compared to The Internet and have quickly gained attention in the Irish music scene thanks to their alternative neo-soul sound, unique groovy sets and youthful energy.

BEEDLE THE BARDCORE
Described by the Getty Museum as the “architect of the genre”, Beedle The Bardcore transports listeners to a distant but familiar past – sonically carving out a cinematic medieval landscape which reverberates with the melodies and swagger of a different time. Championed by Wu-Tang Clan and commissioned to soundtrack catwalks at London Fashion Week, the popularity of Beedle’s production aesthetic has led to a wide array of collaborators including Tommy Cash the Wheel of Time on Amazon Prime. With the decline of COVID-19, Beedle is back on the road DJ’ing for peasants and nobles alike. 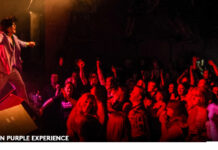 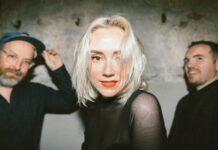