LABOUR Party councillor Conor Sheehan claims a “dysfunctional” rental market is trapping people in Limerick into renting without any hope of home ownership.

With the Residential Tenancies Board (RTB) reporting that renters in Limerick are paying on average €1,273 on rent, Cllr Sheehan now wants the early Budget next month to include targeted measures to ease the pain on renters.

“The RTB report has shone a light on just how dire the rental market in Limerick has become. With average rents in Limerick City North at €1,231 per month and rents in Limerick City East, which includes UL in its catchment area, at a eye watering €1,436, renters are barely treading water, and the idea of saving additional money for a deposit is simply unthinkable for the majority of these renters,” Cllr Sheehan said.

“Rents in Limerick City have climbed by a staggering 8.4 per cent in the last year from an already high base and will continue to increase. This is on top of unprecedented increases in the cost of the basics like food and transport. Meanwhile, wages have not increased.”

Renters, Cllr Sheehan points out, are among the most insecure people in our housing market, with more and more people unable to save for a deposit due to extortionate rents.

“We are staring down the barrel of an economic and social crisis beyond belief. There must be more transparency in the market for people renting.”

Labour’s Renters’ Rights Bill has a provision to provide a register of rents accessible to all, so prospective renters can see how much a place was previously rented for.

“This would also clearly highlight any breaches of the Rent Pressure Zone rules, which we know are widespread,” Sheehan explained.

“Unfortunately, some landlords are using the supply crisis as an opportunity to hike up prices at the expense of people desperate to keep a roof over their head.

“Every month, the Department of Housing issues its homelessness figures. In fact the latest figures show that nationwide 10,492 were officially recognised as homeless at the end of June and this is edging very close to the all time peak of 10,514.

“Locally, there are now 373 homeless adults and 140 homeless families in the Mid West. The majority of people entering homelessness are coming from the private rental sector. In recognition of this, and in light of the cruel reality of renting in Ireland, we need Government to implement an emergency eviction ban. This targeted and time-limited measure stopped people falling into homelessness during the pandemic. It was done before, it should be done again.”

The City North representative also takes the view that this measure must be coupled with a rent freeze.

“Rent freezes are constitutionally possible, and this temporary emergency measure would help stem the crisis as more affordable homes come into supply.

“Long term, we need much more social and affordable housing built at scale, but short term we need to see targeted measures from government to protect those trapped into renting.

“Inflation will lock renters in Limerick into a poverty trap. Coupled with Ireland’s high cost of living, there is no doubt that more and more people in the private rental market will become at risk of homelessness and locked out of any hope of home ownership unless inflation busting measures are implemented to protect them,” he concluded. 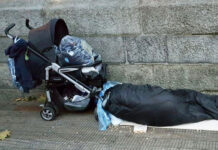