GARDAÍ have confirmed that their enquiries into the suspicious death of four-year old Mason TJ O’Connell-Conway in March 2021 are “ongoing”.

Little Mason was discovered with serious head injuries at a house in Rathbane on March 13, 2021. He was taken to Cork University Hospital and died three days later at Temple Street Hospital in Dublin.

Gardaí were initially told the boy injured himself falling from a bunk bed. However enquiries led to the examination of text messages between two people which indicated that Mason might have been the victim of a violent assault before he died.

An inquest into the boy’s death was opened and adjourned in June 2021 with Gardaí informing the coroner that they were considering sending a file to the Director of Public Prosecutions (DPP).

The inquest heard Mason died from a traumatic head injury.

When asked for an update on the death probe, a Garda spokesman said: “An Garda Siochana does not comment on ongoing investigations”.

Detectives at Roxboro Road have arrested a number of people in connection with the boy’s death but have yet to charge anyone.

They were released without charge the following day.

Gardaí arrested the woman again on September 8, 2021 “under a warrant issued by a District Court Judge under Section 10 of the Criminal Justice Act, 1984, as part of the ongoing investigation into the death of a 4 year old boy in Rathbane, Limerick, in March 2021”.

The woman was held for questioning for 24 hours at Roxboro Road Garda Station and released without charge the following day.

At that time, Gardaí stated they would be preparing a file seeking directions from the Director of Public Prosecutions (DPP.)

Anyone with information is asked to contact Roxboro Road Garda Station on 061-214340. 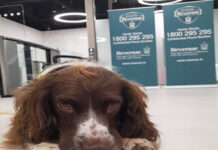 Marley sniffs out 12 kilos of cannabis bound for Limerick 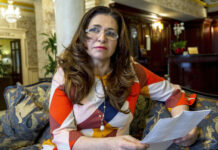 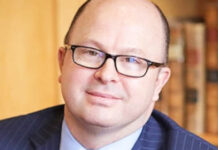