PUBLIC Health experts are investigating the cause of a “noticeable increase” of cases of a potentially-deadly bacteria in the Mid-West region.

There were more than 20 cases of Verotoxigenic E. Coli  (VTEC) notified in the Limerick/Clare/Tipperary area between July 31 and August 27, “including a number of hospitalisations”,  a spokesman for the Limerick-based Public Health Mid West unit confirmed.

In addition to causing severe stomach pains and diarrhoea, VTEC can cause a serious condition known as Haemolytic Uremic Syndrome (HUS), which results in the breakdown of red blood cells and kidney failure.

The spokesman said that a small number of HUS cases have been confirmed.

“Between five and ten per cent of VTEC cases, particularly children under five and the elderly, will suffer from HUS, with some requiring dialysis. Five percent of people who develop this serious condition may die.

“Our multidisciplinary teams have managed and investigated outbreaks and cases in households and in rural settings, particularly on or near farms, and sites with access to a private well supply, and sources of infection are under investigation,” the spokesman added.

Dr Mai Mannix, Area Director for Public Health Mid-West, said that while it is not unusual to see an increase in VTEC cases during the warm period, many infections can be prevented by effective hand washing around farms and petting zoos, and the treatment of your private well”.

“While it can last in the human system for a number of days, it can take weeks—sometimes months—to clear the infection.

“Not only can it cause severe illness, there can be a wider, disruptive burden associated with the disease to individuals, households, and sometimes businesses,” she added.

The Public Health Mid West unit spokesman said   can be prevented by effective treatment of private water wells and hand-washing.

“If your private well water is not treated, it could be contaminated and cause illness. There are a number of ways you can treat your well, and you may able to avail of local authority grants to support treatment.”

He also advised people to use warm water and soap to wash their hands when on or near farm settings or petting zoos; before and after preparing and eating food; after using a toilet or nappies.

Farm animals particularly cattle, carry VETEC in their bowels and can pass the bacteria to humans through direct contact or their surrounding environment; from eating unwashed or undercooked contaminated food and from drinking water from contaminated wells.

The bacteria can also be spread by people infected with VTEC “such as in household or childcare settings where there is nappy changing or shared toilet facilities”.

“Over the past ten years, the Department of Public Health Mid-West has been notified of around 1,250 cases of VTEC in the Mid-West region, with the highest number of cases (164) in 2021. 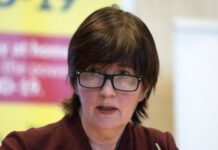 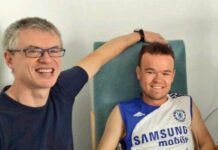 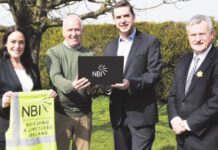 Limerick up to speed with first fast broadband connection 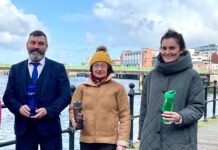 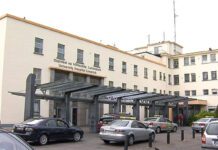 No opposition to free parking for hospital outpatient appointments