A COUNTY Limerick man with a strong passion for golf who lost the use of his legs has launched an appeal to buy a special chair that will allow him to get back out on the golf course.

Tony Brouder (55) from Ballynakill Beg, Newcastle West was paralysed following an operation in 2008. He has since become a full-time wheelchair user.

Listening to his golfing cousin, Eddie Brouder, enthuse about the game, Tony decided to research ways of getting on the green. He found a device called a Paragolfer, which would allow him to drive on to the course and support him in a standing position to take his shots.

The price became a stumbling block until a local businessman came to his aid. Unfortunately, the equipment has a lifespan and Tony is now looking to raise funds to purchase a replacement ex-demo model that has recently been put on the market.

“Golf is the only reason I leave the house now,” Tony told the Limerick Post.

“It’s exercise and a social outlet and it helps me with the chronic pain in my legs to be able to stand sometimes.”

Tony plays two or three days a week and has become something of a celebrity in golfing circles, having won the Disabled British Open and placing second in the European Disabled Golf in Barcelona.

He has also bagged the Golfer of the Year title with his club, Newcastle West.

Tony hasn’t been on the golf course for a couple of months as there is no way his wheelchair is suitable for playing the game.

“I really miss it and miss being able to get out and meet people,” he said.

The Paragolfer machine – or Promotion as it is now called – is essential for upper body movement and for putting Tony in a standing position on the golf course – though he also uses it for doing jobs around the garden like strimming the grass, washing windows, and power washing the yard.

The replacement machine will set Tony back €22,000, which is way beyond his budget, so his friends have set up an appeal to help him raise funds in the community.

So far, the appeal has raised almost €3,000 and contributions can be made here 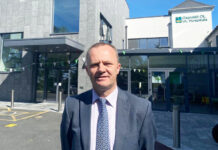 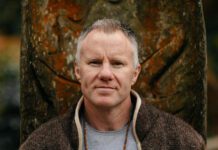 Take a deep breath and listen to the breathing expert