THE University of Limerick Hospitals Group was fined €219,00 in 2019 for breaches of the European Working Time Directive (EWTD) which stipulates that staff should not work shifts longer than 24 hours or more than 48 hours in a week.

And the fines could be even greater for the past three years as the HSE cannot say how many of its staff are working shifts of more than 24 hours in breach of EU law because it does not systematically capture the data.

Sinn Féin TD David Cullinane was told by the Health Service Executive that it would be “an onerous, manual and time-consuming task” to retrieve information on how many staff worked in excess of 24 hours at each HSE hospital over the last three years.

“The level of data blindness on behalf of the HSE when it comes to compliance with EU law is staggering and unacceptable,” Deputy Cullinane told the Sunday Independent.

The Irish Medical Organisation (IMO) said it had consistently advised the HSE that the verification process was not reflecting the working hours of the 7,500 non-consultant hospital doctors (NCHDs) employed in the health service.

Hospitals in breach of the directive are required to pay out monthly fines if these limits are exceeded, but certain provisions of the directive were not applicable during the Covid pandemic and the IMO has cast doubt over the veracity of the existing data that underpins the level of fines.

The most recently released data on fines only covers the first three quarters of 2019 with no data available in the six months leading up to the beginning of the pandemic in March 2020.

NCHDs have threatened to go on strike over long working hours and unsafe conditions having voted overwhelmingly in favour of industrial action last June. 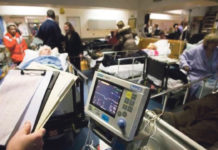 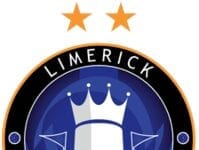