LIMERICK City and County Council has said that the works on O’Connell Street are expected to be completed by November 25.

However, the local authority revealed that it has a Plan B in the event that the roadworks are not completed ahead of the busy Christmas shopping period.

The €9 million Revitalisation Project began in March 2021, having been delayed due to the pandemic.

The council stated that following discussions with traders and business groups, the contingency plan will see all works stop on November 25, and will recommence in January 2023.

Two lanes of traffic will open up on a temporary basis for the month of December, and the proposed Bus Lane would not be implemented until the end of the project. 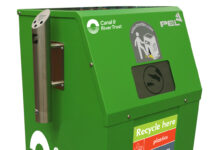