The Oxford English Dictionary defines ‘burlesque’ simply as ‘a type of entertainment involving humorous acts, singing, dancing, etc., often including striptease.’ The art form was championed by the iconic Lola Montez, a woman who always claimed she was born in Limerick even though 130 years after her death it was discovered she was born in Sligo. That said, if she was happy to say she was from Limerick, we’re happy to have her. As her saying goes, ‘whatever Lola wants, Lola gets’.

It’s been a very long time, perhaps since Lola’s time, that there has been any kind of Burlesque scene in Limerick. Luckily Laura Lavelle and Annie Brown are mounting the challenge to change that.

It might be a bright afternoon when I’m sitting in Sodalicious sipping coffee with Laura and Annie but, when these ladies take to the stage after the sun goes down, they go as Limerick’s premiere burlesque performers, Miss Lavelle and Virgo Moon.

“What drew me to burlesque was the old fashioned 1950s pin-up girls element to it,” Laura explains.

“Who and what is that? Because whatever it is, I’m all about it!” Laura remembers thinking.

A BA in Voice and Dance in UL followed and, in her third year, Laura found herself (in every sense of the word) in London.

Laura spotted burlesque classes being advertised and remembered she had always wanted to do it but hadn’t the opportunity before that point. Under the tutelage of Ruby Deshabillé, in the company Burlesque Baby, Laura excelled. She took to it so well that, shortly after finishing the course, she was offered work teaching classes herself.

Unfortunately, that’s when tragedy struck. Laura lost both her sister and mother within two years and found herself back in Limerick grief stricken.

Around that time, in 2016, she bumped into a former classmate and dancer, Jennifer De Brún, and asked if she knew of any burlesque in Limerick. Jennifer directed her to Tommy Walsh of the Galway company The Dirty Circus.

The Dirty Circus were about to host a show in Dolan’s. Tommy had heard of Laura’s London experience and invited her to join them. Thus, Miss Lavelle had her Limerick debut with little more than red lace underwear, fans, and blue glitter.

“I think there’s photos of that show in Lucky Lane. It was one of the best acts I’ve ever done, but I was on auto pilot as I was riddled with grief,” Laura remembered.

That night, Laura finally found her place in the Irish burlesque community and started performing regularly.

This proved to be a key event as Laura then went on to set up monthly burlesque cabarets in Lesley Anne’s vibrant café Chez Le Fab – now a sorely missed centre of culture, coffee, and vintage fashion hub, Chez Le Fab, burned brightly for a number of years in the former Tourist Office in Limerick’s Arthur’s Quay Park.

Held on Halloween 2017, the duo’s first cabaret performance had an audience of eight people but steadily grew in support and numbers.

In fact, I, myself, managed to catch a performance by Laura at a Limerick Lady event (‘She Means Business’) and I remember thinking I had only ever seen burlesque shows in the UK and Australia but never in Limerick. I recall being so impressed that Laura was championing it on her own.

The show had a number of names and iterations (‘Cabaret and Cabernet’, ‘Chez Le Cabaret’, ‘Cabaret Limerick’) until sadly Chez Le Fab closed down in 2018.

Comedian and musician Breda Larkin attended one of the shows and approached Laura about becoming involved. Breda was deflated by the lack of opportunity for women in the notoriously misogynistic world of stand-up comedy, so the dynamic duo joined forces and formed the touring Cabaret Comedy troupe The Wild Geeze. The pair made The Commercial their new Limerick home.

Skip ahead some years to 2019, when she found herself studying a BA in Contemporary and Applied Theatre in Mary Immaculate College, Annie saw an ad for some local burlesque classes. Guess who was hosting them?

“I was so excited to be in a city and able to go see shows and cabaret, so I started following Laura,” says Annie. Naturally.

Annie had recently overcome an eating disorder and wanted to take Laura’s classes to rebuild her confidence. She never intended to perform but after the first session something clicked.

At this point, cup in hand, Laura interjects with a resounding “WHAT?”.

“When you walked in the very first time I was like… performer!” she exclaims, snapping her fingers for emphasis. It raises a laugh from Annie.

Annie remembers attending her first class in Dance Academy Limerick in Castletroy with four or five others and afterwards walking up to Laura saying “Hello I want to do this forever now, what do I do?”

Annie trained with Laura and was due to perform at a graduation showcase which was swiftly put paid to by Covid.

While this was frustrating, Annie used that time to explore and work on her art form, realising she could incorporate all her theatre, music, and dance background into her burlesque act.

After a long wait, she finally enjoyed her burlesque debut at The Wild Geeze Cabaret in The Commercial in October 2021.

As a side note, I happened to be at that show and, only that it was announced that it was her debut, you never would have known. She owned the stage that night.

“It allows me bring my artistry and make the points I want to make,” Annie explains.

She recently competed at Mx Burlesque Ireland. Her piece was an ode to ‘The Irish Women’s Liberation Movement’.

“It all clicked for me. This is more than just ‘sexy movement’, this is so many elements coming together.”

Stage names are an important part of being a Burlesque performer. Laura leaned into using her already quite exotic surname and went for Miss Lavelle.

Annie explains that she was exploring tarot and spirituality for the first time and realised her sun, moon, and rising sign were all Virgo. As she was sitting on the back step of her house looking at a full moon, she tells me, she thought to herself “Oh yeah, you are Virgo Moon”.

Laura takes great pains to explain the importance of cabaret and burlesque. It’s clearly something of huge importance to her.

Historically, she says, the movement has always created spaces for fun and expression, particularly for those with less social freedoms – like women and the queer community in general.

“Audiences crave laughter, they want to unwind and be taken out of their world. For me cabaret is a very safe space for queerdos and weirdos and art.”

Both Laura and Annie feel that cabaret audiences are relaxed and know when to cheer and support the performers – as opposed to stand-up comedy which can be a more pressurised atmosphere.

Cabaret, by its nature, they say, is wild.

“It’s welcoming and healing for audiences. After my debut some people came up to me saying they were very moved by my performance. I was like ‘But I just took my clothes off’, but then I realised that cabaret is an energy exchange. It’s a space for wildness and a chance to let go.”

Laura joins in: ”It’s also very real. We are breaking social norms of what a female body is supposed to look like. We’re up here with our body hair, cellulite, rolls, bruises, cuts, scars and it’s still sensationally beautiful because the woman is confident and loves her body.”

“It’s a raw and real time celebration of the female body.”

Both Laura and Annie agree that burlesque challenges the reductive idea that when a woman dresses sexily and wears make-up that is for men.

“We have to demolish this concept. There might sometimes be an animalistic instinct to attract a mate, as such, but overall a woman embracing her sexuality and feeling sensual in herself is her own self care.”

Annie echoes the healing aspect of burlesque and how she now loves her own body – especially when looking at photos of her performance.

For her, it’s felt like breaking rules and making her own new rulebook. It also challenges the toxic culture of being unable to accept compliments – particularly in Irish culture.

The women who attend Laura’s classes have said that they have noticed a shift in their life and how they behave in work due to their new found confidence and simple self-acceptance.

Both Laura and Annie now teach burlesque classes and support each other in their mutual endeavours, especially in giving more people a chance to explore burlesque and its power.

Limerick audiences can enjoy regular shows with The Wild Geeze Cabaret in The Record Room in The Commercial with Miss Lavelle, Virgo Moon, Breda Larkin, and a host of other guests for a joyous, raucous, and liberating night of – and I quote them both – “fun, silly, wild, and hairy entertainment”.

I can only assume Lola would approve.

Ann Blake’s ‘The Arts of Discovery’ takes a necessary sideways look at Limerick’s cultural landscape, inviting the seen, scene, and unseen to tell their stories, taking Limerick Post readers on a journey through Limerick’s diverse, and unpredictable artistic culture. Check back regularly for more. 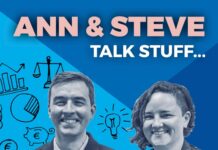 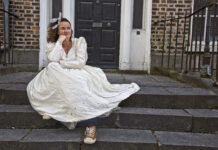 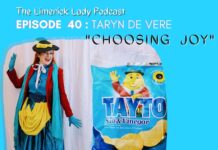 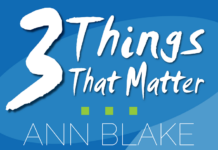 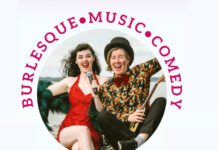