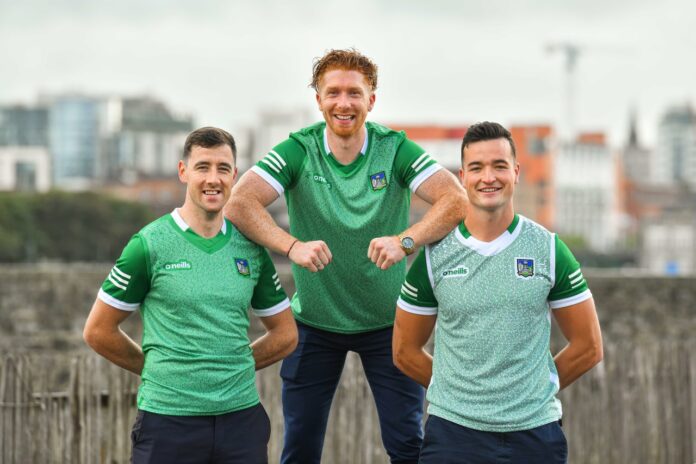 LIMERICK GAA and O’Neills have teamed up to launch a unique opportunity where supporters have the chance to get their name on a specially commissioned training jersey, which will be worn by the Senior Hurlers during their warmup of Munster Hurling League games in 2023.

The initiative has been launched by Limerick Senior Hurlers Cian Lynch, Diarmaid Byrnes and Kyle Hayes.

Speaking at the launch player Diarmaid Byrnes said: “We know Limerick supporters are the best in the country and we have never been found wanting in terms of fundraising events. We hope you can support us and become part of our team.”

Limerick County Board Chairman John Cregan said “This is a great opportunity for Limerick GAA supporters to get something back, as each jersey will have the names of all subscribers in the fabric. All funds raised will go directly to contributing to the Senior Hurlers Holiday Fund. Everyone is getting the very unique opportunity to have their names on this new Limerick training jersey.”

The cost of the new training jersey was originally announced as €150, however on Thursday afternoon following an outcry among Limerick hurling fans, it was reduced to €100.

A statement from Limerick GAA said: “Since winning the All-Ireland hurling final, and completing the three-in-a-row of victories, planning has been ongoing to arrange a team holiday for the victorious team, management, backroom team and their partners. This is done as a reward for the hard work and dedication that is involved in winning an All-Ireland title. Players, management and backroom teams sacrifice hours of their lives each week in the effort to secure the most coveted medal in the GAA. To this end the team holiday is a reward to the team and their partners for the sacrifices made.

“With the cost of international travel increasing the cost of the team holiday to include players, management, backroom team and their partners is substantial. Limerick County Board will solely be responsible for paying this cost. To that end the unique opportunity to purchase this special jersey was launched as a fund-raiser to offset some of that cost. The team have not traveled on a team holiday so far this year.”

The statement concluded: “When launching the initiative Limerick GAA were cognizant of the current economic situation and have tried to keep the cost at as reasonable base as is possible. However based on the response from our loyal supporters we have listened to the feedback and to this end we are now confirm that the cost will be reduced to €100”.

Limerick GAA also confirmed that those who had already purchased at the original price will be refunded the difference.

Included in the cost is the training jersey with names of all subscribers, together with a Limerick GAA logo beanie hat and a personal letter from Limerick Hurling Manager John Kiely and Captain Declan Hannon.

These training jerseys are on sale until October 14 at 4pm at limerickgaa.ie/shop 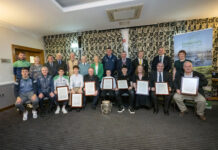