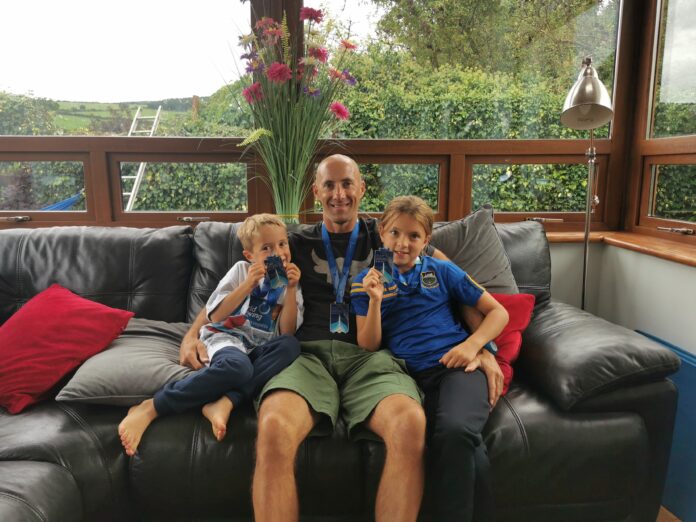 A LIMERICK Garda and champion rower has brought home gold in triplicate to the Treaty City from the Masters World Rowing Championships.

“I have three kids. They get a medal each,” he told the Limerick Post.

Ken has been rowing with the Shannon Rowing Club since he was 14 years old and he puts in training sessions on and off the water twice a day six days a week.

“You can never take winning for granted but when it happens, it justifies all the time spent training and the expense involved in competition,” he said.

Ken is no stranger to collecting gongs. As well as his latest victories representing Ireland in the mens 8s and 4s in Lilbourne France, where competitions ran between September 6 and 11, he won two golds in the World Masters in Hungary in 2019.

Ken is a former International rower with six national records and three world records under his belt.

Ken said it was “tough competition, up against some very big teams,” with 3,200 athletes from around the world including former Olympians and World Champions.

He is a hero too to a lot of Limerick kids, having built a mini Garda station in the special Share A Dream Play Centre in the city.

Ken also raised 40,000 for Share A Dream for repairs after their play centre was broken into twice, causing €30,000 worth of damage.

To raise the money, he carried a rowing machines all the way up Carrantwohill.

“It’s good to give something back,” he said.

In his ‘day job’, Ken does something just as physical, working as a specialist Garda instructor in Templemore. He also trains members in self-defence, first aid, use of non-lethal force, and prisoner management.