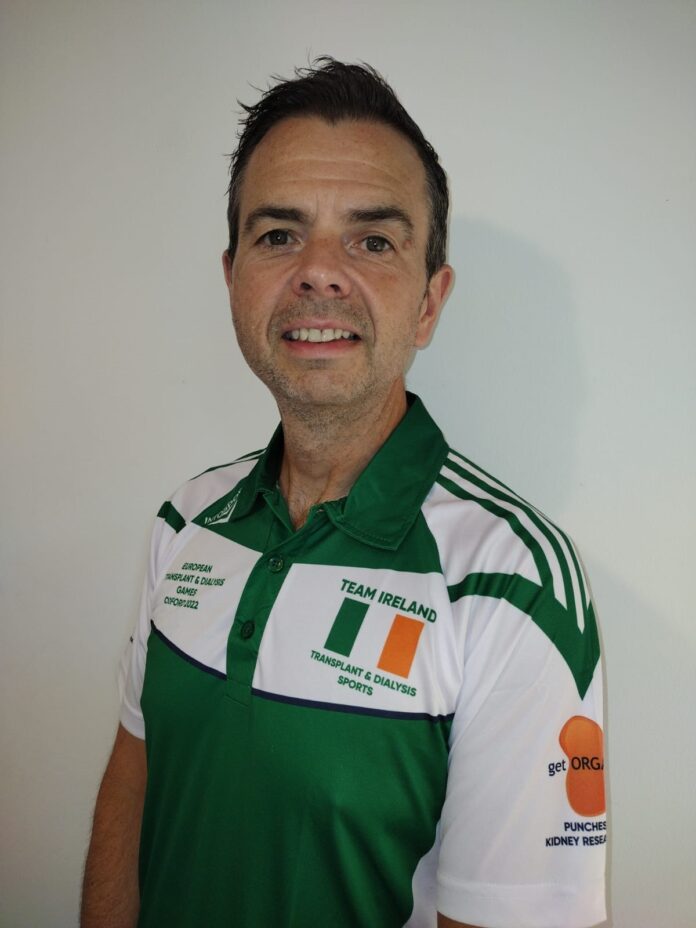 Trevor, who lives in the UK with his wife Sue and children Aishling and Kieran, took part in the 1500m, winning his silver medal on his first day of competition.

He followed up on day two with silver in the 800m. He also participated in the relay along with fellow Team Ireland athletes: James Nolan (Kildare) John Moran and Ron Grainger (Dublin).

Trevor received bone marrow transplants in 2014 and in 2016 to treat Lymphoma. After his diagnosis in 2012, Trevor took up running as a way to stay healthy, both mentally and physically, during his chemotherapy treatments.

To this day he believes that being as fit as possible helped him prepare for all the treatment he received, and helped him recover quickly and successfully. It was while he was receiving his second transplant in 2016 that a doctor mentioned to Trevor about the Transplant Games.

Trevor says: “I’ve always enjoyed sport, but I’d never say I was particularly good at it, and I never, ever dreamt I would have the opportunity to represent Ireland internationally.”

He feels strongly that the Games are a “celebration of life” and it’s “not about the winning”. For Trevor, the Games is a “stage” upon which to show others that cancer doesn’t have to be “the end”.

The Team have one simple request to everyone – to please consider carrying an Organ Donor Card and Have the Conversation – Say Yes to Organ Donation.