Q: I have read in the news this week that there may be big changes to inheritance taxes. We have two kids and want to make sure that we can pass our home and the rest of our estate onto them without leaving them with a huge tax bill. Can we do anything before these changes come into force?

The first thing to mention is that no formal changes to Capital Acquisitions Tax – which is the tax that someone pays when they are gifted or inherit something – have been announced.

At present, each of your children can be gifted or can inherit to the value of €335,000 before they would become liable for Capital Acquisitions Tax (known as CAT). This means that if the net value of your home and other assets was less than around €670,000 then neither of your children would pay CAT. And if your assets exceeded €670,000, CAT would be paid on the excess only.

The report that was published his week by the Commission on Taxation and Welfare did suggest that this threshold should be reduced substantially, but the Government has confirmed that those suggestions will not be factored into the upcoming budget.

The Taoiseach has also confirmed that there is no appetite in the Government to reduce that threshold. Of course, succeeding governments might reconsider that position, and it is very worthwhile to keep abreast of ongoing discussions as regards the tax, especially in the run up to budget day.

It should also be noted that the threshold used to be substantially higher. Prior to April 2009, the threshold was over €540,000.

At present, an inheritance passed along at death is not subject to Capital Gains Tax (CGT). In the recent report, it was suggested that those inheritances should be subject to CGT.

It is important to note that your principal residence is not subject to CGT. Again, as with CAT, these recommendations have not been acted upon and there is no suggestion that they will be.

Clearly planning for the future is a worthwhile venture. If you are concerned, you should speak with your accountant or tax advisor as well as your solicitor to see whether any structure can be put in place now to safeguard the situation.

There are a number of reliefs and exemptions that might be available to you depending on your or your children’s circumstances – for example if your children intend to reside in the home, if they have a disability, if there is a farming element to the inheritances etc.

It is no harm whatsoever to have these discussions at this stage, despite the fact that there is no imminent wholesale change to the CAT or CGT system envisaged. 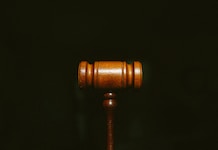 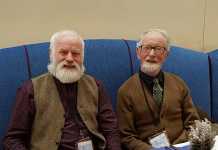