VULNERABLE people living alone now can’t afford the comfort of leaving a light on at night to make them feel a little more secure, the chairman of a Limerick residents association has told the Limerick Post.

“The prospect of not being able to afford heating is a concern for many, especially our older people and the vulnerable. But the concern doesn’t end there,” said John Nugent, chairperson of Garryowen Residents Association.

Mr Nugent explained that people, particularly those on a fixed income, are going to extraordinary lengths to avoid using energy they can ill afford to pay for.

“One lady explained to me how her daily life has been affected. She’s stopped leaving on lights around the house, which used to give her a sense of safety.

“She would leave on the television even when not watching as the background noise made her feel less lonely, she told me. She’s had to stop these practices.

“She’s also started to buy foods that take less time to cook, even though she feels these foods are less nutritious. The threat to people’s everyday lives is huge. This threat must be met with interventions that equal the threat.”

Tom O’Brien, secretary of the association, added that in an era of high electricity and fuel prices, and with little hope of improvement, the people of the area are “pleading with Limerick City and County Council to prioritise thermal upgrades for older and vulnerable tenants.
“Of course, unaffordable energy costs are not exclusive to older households but we are mindful that the rising costs disproportionately affect our older and vulnerable people.”
He went on to say that these people are unlikely to be able to improve their financial circumstances and are frequently dependent on low, fixed incomes.
Mr Nugent said the association is now planning to hold an event in the community around home energy saving tips.
“We hope to have this event in October and it will be held with the support of the Garryowen CDP and a Decarbonising Project funded by the Creative Climate Action Fund.” 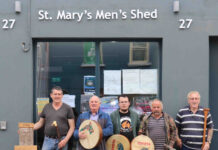 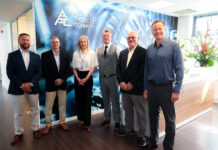