IN THE early 1970s there was a historic rent strike in Limerick which helped spark a national tenants’ movement.

Researchers are now looking to speak to anyone who took part in that radical social initiative.

Working with researchers from Maynooth University, members of the Community Action Tenants Union (CATU) are carrying out an oral history project on the history of housing activism in Ireland.

They are focusing on the successful national rent strike which took place between 1970 and 1973 and was coordinated by the National Association of Tenants Organisations.

Limerick City was a key site in the national campaign.

On May 10, 1970, the Limerick Leader reported on the beginning of the tenants’ campaign, describing how 1,200 tenants in the city who were facing a rent increase were “withholding the increases and paying only the old rent”.

The rent strike was still ongoing in early 1973 by which time, according to another report in the Limerick Leader, the Southill estate had become “the backbone” of the tenants’ campaign with 300 tenants withholding rent in that area alone.

The campaign elicited a strong reaction from Limerick Corporation which sought to evict rent-striking tenants. This resulted in a paradoxical situation where city councillor Mick Lipper, who was also participating in the rent strike, appeared in court as both a plaintiff and a defendant in the same case.

Dr Fiadh Tubridy, a CATU member and researcher in Maynooth University, explains that “these rent strikes were a huge social movement involving tens of thousands of people in Limerick and other towns and cities around the country. Despite this, they have been almost entirely forgotten about.

“We want to make sure that these events and the experiences of the people who took part are properly recorded.”

Through their campaign, tenants in the 1970s succeeded in winning lower rents and recognition of the National Association of Tenants Organisations as the official negotiating body for council tenants, which meant they had to be consulted about any proposals for future rent increases.

By the end of the rent strike in Limerick, it was estimated that £70,000 had been withheld and the areas involved had reportedly been deeply affected by their involvement. For example, in August 1973, the newspaper of the National Association of Tenants Organisations reported that “recently a complete change has come over Southill”, describing how “since the strike began, tenants are becoming more aware of their potential”.

CATU education and training officer Aisling Hedderman adds that “the rent strikes at this time were in response to high rents, poor housing conditions and a rising cost of living, much like what we are seeing now. CATU is a new community and tenants union which has been set up in the past few years.

“We want to understand what communities did in the past to improve their housing conditions and learn from their example.”

The CATU community history research group is looking to speak with anyone who was involved in the rent strike in Limerick or who has relevant information. Contact the research team on [email protected] or 0877197874.” 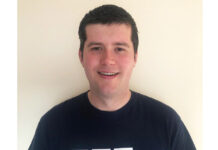 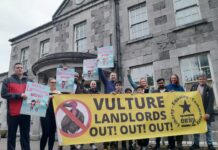