Racing: CHARLES Byrnes, whose training operation is at Ballynoe Stables in Ballingarry, took the £100,000 winner’s prize with ‘Run For Oscar’ in the Club Godolphin Cesarewitch at Newmarket.

Under a fine ride from Kildare jockey David Egan, the dual-purpose performer – running in the silks of the Top of the Hill syndicate – was backed into 4/1 second favourite from double-figure odds in the preceding days.

Byrnes told the Racing Post: “I had him entered in the Irish Cesarewitch but took him out early as I thought this track would suit him better. I know it was more money at the Curragh (€600,000), but you need so much more of luck in running around there. This is a nice pot and it’s nice to have won it.”

He added: “It’s nice for us smaller trainers to get our hands on a nice horse like him. He has done it easy enough and could go back over hurdles after this.”

Said Egan: “I didn’t know much about the horse before other than I was in the race he won at Haydock last time, but I knew Mr Byrnes is a master in these types of races.”

Soccer: LAST season’s runners-up Pike Rovers are safely through to the third round of the FAI Junior Cup following a 2-0 win at home to Nenagh AFC.

Both goals arrived in the opening-half courtesy of Eoin Hanrahan and Aaron Murphy, with both set-up by the impressive Shane Walsh.

At the Fairgreen, goals from Conor Coughlan, Conor Ellis, and AJ O’Connor gave fancied Fairview Rangers a comfortable 3-0 victory over Aisling Annacotty. In the upset of the second round, Premier side Janesboro were eliminated (0-1) by Newport, with the goal from Seán O’Brien.

There was advancement also for Brazuca, Charleville, Moyross United, Regional United, Ballynanty Rovers, Coonagh United, and Summerville Rovers, for whom classy Craig Reddan grabbed a hat-trick in a 9-nil defeat of Star Rovers.

Their scrum dominance was an important factor for the Cookies, while Munster Academy out-half Tony Butler (20) starred for the Light Blues with a couple of cracking tries, both of which he converted, and also knocked over three penalties.

In this lavishly entertaining contest, Garryowen had led 17-16 at the interval.

Camogie: NA PIARSAIGH are hosting a novel fundraising ‘Dawn to Dusk’ (8am-6pm) Camogathon on Saturday week, proceeds from which go towards the upcoming Three Bridges Walk in aid of Breast Cancer Research.

Several members of the Limerick Senior Hurling Team, along with the Liam MacCarthy Cup, will be in attendance in the afternoon, with the Hook & Ladder Coffee Van docked in the car park for the day.

The business community are encouraged to sponsor one hour’s camogie, and this can be secured through and club officer.

Both goals for the champions, who suffered defeat at this stage 12-months ago, arrived through inter-county ace Amy Ryan.

In the Junior Final, Shelly Walsh captained Galtee Gaels (Anglesboro-Kilbehenny) – only established in 2015 – to a comfortable win against Ahane. The game’s outstanding performer was Róisín Breedy with three stunning goals. 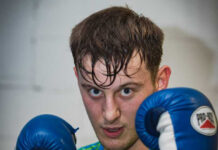 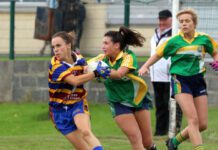