LIMERICK city and county councillors have voiced their vehement opposition to the Residential Zoned Land Tax which was announced in the recent Budget.

The primary purpose of the new tax is to encourage the timely activation of zoned and serviced residential development land for housing, rather than to raise revenue.

According to the Government, it is primarily intended to “influence behaviour towards increased housing output”.

However, councillors at last Monday’s meeting of the Economic Development, Enterprise and Planning SPC (Strategic Policy Committee) were quick to pick flaws in the new measure.

Fine Gael councillor Liam Galvin was the first to voice his opposition to the tax.

“This is the most lunatic thing to come out of the budget. I believe this  tax is going to be a problem and I won’t be supporting any tax on zoning of land,” he told the council executive.

“If we zone a section of land as residential, be that an acre, five acres or ten acres, and a developer does not require this land, the landowner will still have to pay land tax of three per cent of the land’s value per annum.

“The Government has lost the run of themselves and this is not the answer.

“I oppose this tax. It is one thing if a landowner has applied to zone their land residential and has to pay a tax on it. But how can you tax a property for land we decide to rezone residential where there is no use for it?” Cllr Galvin asked.

The Newcastle West area representative believes that this will not solve the housing crisis.

“Private developer-built estates in the county are non-existent, or very very few. We have zoned land in villages and town, during the last 18 years that I have been on the Council, that we still have not developed.

“This needs to be turned around and I will be vehemently opposing it. What is happening here is wrong and I will not be supporting it in any shape or form. It should be rejected 100 per cent.”

Independent councillor Eddie Ryan fully concurred with Cllr Galvin and went as far as describing the land tax a “gimmick”.

“This is just so the government are seen to be doing something. We must reject it,” Cllr Ryan declared.

Independent councillor Jerome Scanlan took the view that the measure was “not implementable”.

However, Fine Gael councillor Olivia O’Sullivan said the land tax could be looked at in a different light in an urban context.

“Land hoarding has been going on for decades in the city, land that could have been used for private and public houses. The developments have just not happened and this measure is about getting activity happening around housing,” she explained.

Fianna Fáil councillor Bridie Collins suggested that a bigger debate was needed on the issue and supported a call for the Mayor to hold a special meeting.

Council Director of Economic Development Vincent Murray pointed out that the local authority is mandated to produce a plan.

“It is up to the Department how they interpret it, and we are quite happy to have a meeting to discuss it,” he said.

Senior Planner Maria Woods explained that the operation of the measure will, in the first instance, be through the preparation of maps which identify land which falls within scope of the tax, by virtue of appropriate zoning and servicing.

“This item is on the agenda for your information,” she told councillors.

“The Act is in place legally. We have to have a map by November 1.” 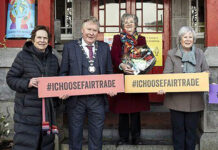 Are vacant homes the solution to the housing crisis?