DELVING into what was a dark and shameful era in Irish social history can be painful but Orla McCarthy and her team are ready to get to grips with it.

Orla is manager of the new Limerick-based Mid West Tusla office dealing with enquiries from adopted people who want information about their birth families and, just as poignantly, parents who want to know what became of the tiny babies they handed over for adoption.

Orla and her team have taken up posts in the wake of the launch last week by Minister for Children Roderic O’Gorman of the new information and tracing services established under the Birth Information and Tracing Act 2022.

The landmark act now gives adopted people and parents who surrendered children for adoption a full and clear right of access to birth certificates and birth and early life information for those who were adopted, boarded out, the subject of an illegal birth registration, or who otherwise have questions in relation to their origins.

It also allows for access to information by a child of a relevant person where their parent has died, and for access by the next of kin of a child who died in an institution.

Orla told the Limerick Post that it’s hard to know yet what the demand will be for the service.

“The applications are just beginning to come down to us from the central service but we are expecting to be busy.”

The Limerick team will be handling enquiries from people in the Mid West. They will access records and information on behalf of those applicants and pass on the information.

“What we would say to people is to give us as much information as they possibly can. If they have already been in contact with an agency, let us know. If they have a name or any detail about their birth mother, give us those details. We have so many records it just helps us narrow down the search,” said Orla.

The new act means there is now a huge amount of information available that was previously only shared by consent. But while that will bring comfort and help to many, it’s also an extremely sensitive area.

“People may have carried the birth of a child around with them as a secret for years, so we fully accept this may be a difficult process,” the Mid West manager said.

“We’re here to help and support both children and parents. We have our own social work teams who are very hands on and we can also offer independent counselling for people who are distressed.”

There are two parts to the service. One is purely sharing information about the identity of birth parents. The other takes on tracing and putting people in contact, if that is their wish.

“We advise people who want to make contact where a parent or child has stated a preference for no contact. We still give the information, but it is up to the person who gets it to respect that wish,” said Orla.

“For parents and family who would rather not be contacted, we would advise them to register that preference.”

Knowing who birth parents are and getting information about them can be important for adopted people, not just in terms of identity but also for medical purposes.

National manager of the service for Tusla, Siobhan Mugan, told the Limerick Post that in their first 48 hours, the two agencies responsible for the new services – Tusla and the Adoption Authority of Ireland – had more than 3,000 applications flood in.

“We’re absolutely delighted that this legislation has landed. We’ve long advocated that people have the right to this information about their identity.”

She explained that as well as sharing any information on record with  applicants, the service can also help in tracing family – including siblings through genealogy research and even through DNA testing.

“We’re not offering it to people who just want to trace their family tree, but for people who were the subject of an adoption, we’ve been very successful in using these methods to find families.”

All information falling within the categories of information defined in the Act must be released, without exception, where it exists.

Applications can now be made for access to birth, early life, care and medical information, and for tracing services. Information requests can be made to the Adoption Authority of Ireland and Tusla here 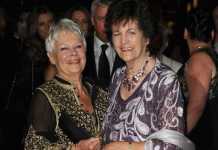