AS the UL Hospitals Group advised people to consider all alternatives before attending the overcrowded emergency department at University Hospital Limerick (UHL), it emerged that the hospital’s headcount of patients waiting for beds is significantly below the figures reported by nursing staff.

A spokesman for the UL Hospitals Group stated that there were only 36 admitted patients waiting in the emergency department at UHL for an inpatient bed at 8am this morning.

However, the Irish Nurses and Midwives Organisation (INMO) reported that there were 62 patients on trolleys at UHL this morning,  48 in the emergency department and a further 14 in wards elsewhere throughout the hospital.

Despite the discrepancy in figures, the Hospitals Group spokesperson conceded that UHL was caring for high volumes of frail elderly patients and other patients with complex care needs.

“People with less urgent care needs are advised to expect long delays at the emergency department today,” the spokesman added.

“Over 270 patients have attended the emergency department on consecutive days, compared to an average of 210 daily attendances last year”.

The spokesman added that as part of the hospital escalation plan, additional ward rounds, accelerated discharges and identification of patients for transfer to Ennis, Nenagh and St John’s hospitals are all underway.

However, because of staffing deficits, the Nenagh Injury Unit is operating a reduced service and is restricted to review patients only with new patients redirected to the Injury Units in Ennis and St John’s.

A spokeswoman for the INMO said that, following consultation with emergency department representatives, they were calling on the HSE and Government to come up with an immediate operations plan to tackle dangerous overcrowding in emergency departments.

INMO General Secretary, Phil Ní Sheaghdha said their members  were  sounding the alarm on  the grim conditions in emergency department across the country.

“We know anecdotally that many nurses in emergency departments are moving to elsewhere in their hospital or are leaving the profession altogether because of the conditions in which they work and a lack of safe staffing.

“Our members are demanding that the HSE winter plan separates staffing for emergency department attendances and admitted patients. If the decision to cancel all elective care needs to be taken, then that decision must be made swiftly.

INMO President, Karen McGowan said they do not believe that the Department of Health or the HSE are putting adequate measures in place to deal with the stark increase in resignations.

“Our emergency department nurses can no longer cope with their workplace being the first port of call in many instances.

“If Government and HSE are serious about keeping Irish nurses in Irish hospitals then they must take immediate action on safe staffing, fast tracking recruitment and getting private hospitals on the pitch now.” 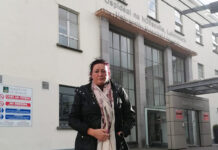 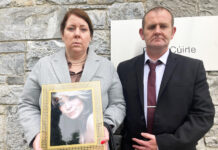