JUST returned on a short-term contract, John Ryan has been named at tighthead prop on the Munster side to host Ulster in today’s (Saturday) URC Inter-pro derby at Thomond Park (kick-off 5.15pm).

Over his career, Ryan has represented Munster on almost 200 occasions and is ‘home’ from administration hit Wasps. He made his debut for the province in 2011.

Scottish lock Kiran McDonald, who turns 28 next Tuesday, has also signed from Wasps as three-month injury cover, but will not be part of this weekend’s fixture.

Ryan’s inclusion is one of nine changes made by coach Graham Rowntree from the team  beaten by Leinster last weekend.

Recovered from injury and also set to feature are Mike Haley and Alex Kendellen.

Academy players Patrick Campbell and Edwin Edogbo are named on the starting fifteen while Malakai Fekitoa, Paddy Patterson and Dave Kilcoyne are set to come on from the bench.

Named amongst the injury replacements are Roman Salanoa, Simon Zebo and 18-year-old Evan O’Connell of UL Bohemian. If introduced, he will become the youngest ever player for Munster in the professional era.

Jean Kleyn (ribs) will be unavailable for the next number of weeks while Tom Ahern (shoulder) is due to meet with a specialist next week. 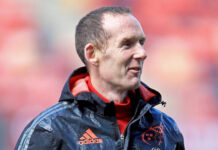 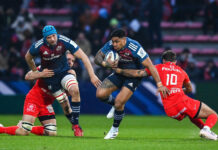 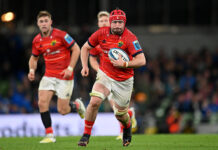 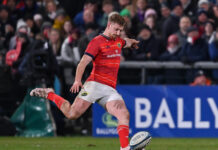