A STRONGER Garda presence is needed in the People’s Park due to increased antisocial behaviour and drug dealing in the popular city centre amenity.

Labour Party councillor Joe Leddin told the Limerick Post that he has received a number of calls from concerned parents who visit the People’s Park on a regular or daily basis.

“The park is without question a jewel in our city. The amenities and attractions and the children’s playground are very popular,” he said.

“It is completely unacceptable that there are thugs using the park for both drug dealing and or antisocial behaviour.”

“I have for many years campaigned for additional funding to upgrade the playground and thankfully a complete upgrade is scheduled to start shortly at a cost of €200,000.

One parent who called Cllr Leddin told him of being verbally abused and threatened as she came across a group of young boys aged about 13.

According to the parent, these teenagers were bullying other children in the middle of the day.
“Regular patrols are required with consideration for CCTV to ensure the safety of all visitors, and I hope the meeting between the Gardaí and Council staff will have a positive outcome on proposed solutions,” the City West representative added.

In response, Limerick City and County Council said it is working with the Gardaí, and has held a number of meetings in relation to the antisocial behaviour and drug dealing issues in the People’s Park.

“The local authority has requested a visual presence of Gardaí in the park on a regular basis, as the number of incidents have significantly increased in the park,” Director of Service Nuala Gallagher explained.

“As soon as an incident occurs, the Park Rangers make contact with the Gardaí and requests their presence.

“All incidents are documented by the Park Ranger. The Council is arranging for these reports to be provided to the Gardaí as documentary evidence of the issues in the park.”

A further meeting is being arranged for this week between the Council and Gardaí to review the ongoing issues in the People’s Park. 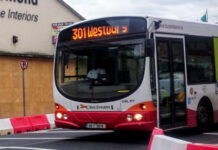 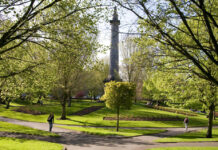