LIMERICK’S Ardscoil Rís underlined their dominance on the colleges hurling front with a brilliant victory over Thurles CBS in yesterday’s Dean Ryan (under-16.5) Final at McDonagh Park, Nenagh.

Representing a third win in the competition, the North Circular Road school – which has supplied captain Declan Hannon and so many others to the county’s four-time All-Ireland winning teams – were better than their opponents but eventually had to settle for a satisfactory 3-19 to 1-23 success.

Niall Crowe’s team were ahead by six points at the interval, with Eoin Begley (Clonlara) having grabbed a pair of lovely goals.  On the restart, the lead was quickly extended when Adare’s Patrick Kearney fired home a wonderful third goal.

Dogged Thurles fought back but Ard Scoil, who were buoyed by incredible support (ferried to the venue by a dozen busses) held their opponents at bay.

Begley (2-1) and Darragh Gleeson of Adare, with 0-7, joint top-scored for the champions, while Michael Collins (Clonlara) and Cillian Murphy (Sixmilebridge) both knocked over three points each.

In keeping with tradition, Ardscoil have joint captains, and good ones in that with James Coughlan of Ballybrown and Eoin Carey, Cratloe.

Ardscoil were previous champions in 2009 (joint-captains Hannon and Shane Dowling, who have both since entered hurling folklore), and more recently in ’16. 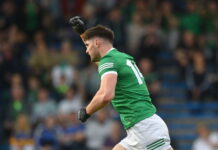 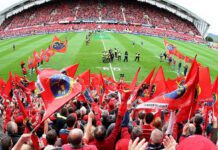