LIMERICK solo sailor Pat Lawless has been forced to retire from the round-the-world Golden Globe Yacht Race because of a steering malfunction.

The 66-year-old carpenter was hoping to become the first Irish person to complete the legendary non-stop 33,000 nautical miles voyage in his ‘Green Rebel’ boat.

Mr Lawless, who now lives in Kerry, was one of 17 competitors who set sail from France over two months ago and was in fourth place when part on his self-steering equipment broke in the south Atlantic.

The steering system, which is regulated by a wind vane, is a crucial part of the boat’s operation, allowing the sailor to leave the tiller to tend to other duties and to take much-needed rest.

Competitors are not permitted to avail of outside assistance during the race and to continue without a functioning steering system would be extremely difficult and dangerous.

Regarded as the toughest and loneliest race in sailing, competitors can only use 1968 navigation technology in keeping with the spirit of the first Golden Globe Race. They are not allowed set foot on land and communication with family and friends is also prohibited.

Mr Lawless spent two days trying to fix the damaged equipment and  sailed in to Capetown late last night where he confirmed his decision to withdraw from the race.

Having spent three years preparing for the race, Mr Lawless told RTÉ News that the malfunction was a disaster and said he cried for a few days.

However, reflecting on the almost 8,000 nautical miles which he managed to sail in the race, he said he was grateful for the adventure.

“The journey itself, it was a sail of a lifetime. I did enjoy it. The only time was during the thunder and lightning in the doldrums. It was a serious storm, right on top of me.

“One of the worst things of not finishing is I feel bad for all my sponsors and supporters.

Four boats have been forced to retire from the race so far, including one which was driven on to rocks during high winds in the Canaries.

The race around the world is expected to take seven to nine months. 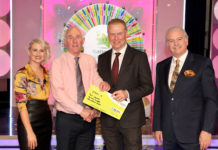 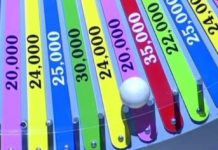