RED tape is prohibiting ESB Networks from distributing its huge profits back to households, according to Rural Ireland Independent TD Richard O’Donoghue.

Speaking in the Dáil last week, the County Limerick politician explained that “if outdated regulation was changed, it would bring down the cost of energy,” adding that the Government wasn’t interested in such a move.

He also outlined how ESB Networks has returned a profit of over €1 billion during the past 18 months and that, but for regulation, the Government majority-owned operation could easily have compensated households across the country to the tune of around €1,000 each.

“That is sad, is it not? That Regulation is stopping those people and businesses, the greater majority of which are SMEs, from being compensated,” Deputy O’Donoghue added. 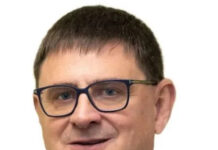