A LIMERICK mother-of-eight, who has been sentenced to two years in prison for selling cannabis, told Gardaí that the Covid pandemic had been “bad for business”.

Rose Porter, (57), of St Patrick’s Villas, Castleconnell pleaded guilty possession of cannabis for sale or supply and an additional charge of money-laundering.

When Gardai searched her home and asked her “was she a drug dealer”, she replied, “no, I’m a weed dealer”, Limerick Circuit Court heard.

Ms Porter’s barrister said she had lost her son in a drowning incident a number of years ago and told Gardaí she was dealing cannabis to keep others “off tablets” following the tragedy.

“It was an unusual motivation,” the barrister said.

“She started smoking cannabis as a way of coping with the loss of her son, it was a significant tragedy.”

“The problem with that is cannabis clouds a person’s judgement, and she accepts it is a serious matter, she is greatly embarrassed. This has jolted her,” added the barrister.

The mother-of-eight, who has recently found work as a cleaner, immediately admitted ownership of the drugs and cash.

She told Gardaí she was earning around €400 a week selling cannabis, she had been selling the drug for four years, and was receiving it from unidentified parties every three to four weeks.

At the time she was in receipt of social welfare payments and a once-a-year carer’s allowance.

Ms Porter claimed that a wad of €2,000 notes found in her wallet during the search of her home, was a “mixture of dole money and money for loans”.

However Gardaí told the court they believed the cash was “the proceeds of selling drugs”.

Gardaí found cannabis in vacuum packed bags in a tumble drier in the kitchen of the defendant’s home and she told them that Covid-19 had been “bad for business”.

Prior to Gardaí arriving at Porter’s house she had acquired €1,000 worth of cannabis.

She told Gardaí she was selling one gram of cannabis for €15 and an ounce for €200.

Her barrister asked the court not to jail her, saying she had no previous convictions for drugs, and she had not come to the attention of Gardaí since her arrest in April 2020.

Judge Tom O’Donnell said he was alarmed at Ms Porter’s reasoning for selling cannabis, that she was “only doing it so the young lads wouldn’t do tablets” and there were drugs lying around the family home.

“She seems very au fait at the market value and sale price for drugs. It was an extraordinary admission to make that Covid-19 was bad for business,” the judge said.

“It’s clear she was a drug dealer, and a drug dealer of some significance for some years. It was astonishing to say the least to openly admit it.

“I accept she took full responsibility and admitted knowledge of the drugs market. However this lady had a very substantial amount of cash, which she readily admitted she got from her ill-gotten gains, some of which she was reinvesting in drugs.”

Asking the court not to impose a prison sentence, Ms Porter’s barrister reiterated she was a carer for her unwell partner, and that she had been naive in getting involved in the illegal drugs trade.

Jailing her for two years with the final 12 months suspended, Judge O’Donnell said: “She is a carer who was involved in the sale and supply of drugs. I don’t accept she was naive. Am I to accept she was naive in selling drugs for four years?  That’s not naive.” 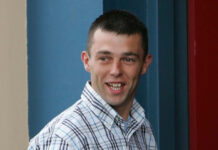