LIMERICK City and County Council has been asked to look at the underlying issues that cause many homeless people in the city to seek repeat access to services.

The call came from Social Democrats councillor Elisa O’Donovan was speaking in relation to a draft Mid West Region Homelessness Action Plan 2022-2025, which was before this week’s meeting of Limerick City and County Council for adoption.

The City West representative said repeat access was a big issue, and hit out that there was no mention of it within the draft plan.

Cllr O’Donovan also deemed it “severe” that anyone who failed to use homeless accommodation for one night would be at risk of losing it. She called for an exemption to be included in the draft policy in cases of medical or family emergency.

“It is horrible to think that someone could find themselves in the dilemma where they won’t be accommodated again,” she told the council executive.

“If an exemption were written into policy it would become the norm rather than the exception. Our staff take an understanding approach,” she said.

Ms Curley also pointed out that often cases of repeat access can be down to personal decisions made by clients.

“Some of it they can’t help,” she added.

“I would go along with it. Who would argue with it? We must allow that flexibility,” he insisted.

Fianna Fáil councillor Kevin Sheahan pointed out that the executive had explained there is flexibility from its staff.

“What are we getting excited about. Flexibility is a wonderful facility. It would be silly to swap it for anything else.” 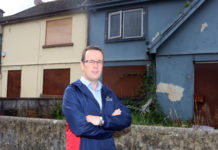