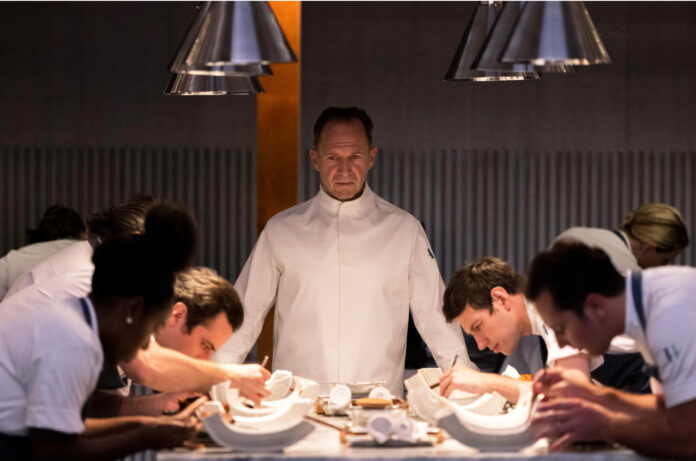 NEW to Disney+, atmospheric thriller The Menu is something for viewers to really sink the gnashers into and get those taste buds salivating.

Directed by Mark Mylod, The Menu is a stylish and suspenseful platter that comes with a delectable cast featuring Anya Taylor-Joy and Nicholas Hoult as Margot and Tyler, a young couple who travel to a coastal island in the Pacific Northwest to eat at an exclusive restaurant where globally celebrated cuisinier Chef Slowik (Ralph Fiennes) has prepared a lavish menu with some shocking surprises.

Proceedings are hosted by the immaculately dressed front of house staff led by Elsa (Hong Chau).

The evening unfolds with increasing tension at each of the guest tables as secrets are revealed and unexpected courses are served.

With wild and violent events occurring, Slowik’s motivation begins to rattle the diners as it becomes increasingly apparent that his elaborate menu is designed to catalyse to a shocking finale.

It is served with a fairly heavy sauce, poured on thick, yet the film’s musty ‘eat the rich’ theme doesn’t hamper our appetite. Still, it could be the dealbreaker when it comes to considering what tip to leave.

And while Mylod might have looked to Peter Greenaway’s culinary cinematic classic The Cook, The Thief, His Wife & Her Lover for inspiration, his film often feels more akin to James Wan’s Saw and Kinji Fukasaku’s Battle Royale.

Mylod does give us plenty to chow down on though. With a heavy sprinkling of dark comedy and a healthy side order of flavoursome kills, you won’t come away hungry.