LIMERICK Celtics put in a dominant performance to beat Templeogue 79-53 in the U18 Men’s Basketball National Cup final.

There were several notable performances among the Celtics contingent, in a fine team display, including that of MVP Dennis Matthews who had 19 points, 8 rebounds, and 3 assists points, while Cian Gleeson racked up 16 points, 11 rebounds, 5 assists, and 5 steals, and Martin Frawley picked up 11 points, 14 rebounds, 6 steals, and 5 assists.

“I thought the lads were really fired up before the game. I thought our defence was excellent,” said Celtics coach Tony Hehir.

He added: “We were nervous at the start and then we got into the game and every player made a huge contribution towards the game.”

In the IWA (Irish Wheelchair Association) Cup Finals, the Celtics weren’t so lucky, losing out to Cork’s Rebel Wheelers 55-69 after a stellar performance all season.

FANCIED Fairview Rangers – nine times winners – are through to the last 16 of the FAI Junior Cup following a penalty shoot-out victory away to Athenry FC.

A late goal from Jack Arra earned the visitors, who had been reduced to ten players following the dismissal of Steven Bradley, a 2-2 draw in normal time. The extra periods failed to break the deadlock and so this entertaining fixture was decided on spot-kicks.

The ‘view were unerring with superb executions by Jeffrey Judge, Shane Duggan, Darragh Rainsford, Shane Tracey, and Jason Cross, while Aaron Savage made a tremendous block for the winners.

Also advancing a stage further are Regional United (3-2 winners at Strand Celtic in Sligo where the winner came at the death in extra-time from captain Kieran O’Connell) and Ballynanty Rovers, easy 5-0 victors at home to Donegal outfit Castlefin Celtic.

The main local action next weekend surrounds action in the Lawson Cup, while in the FAI Youth Cup on Sunday afternoon Fairview Rangers are away to St Joseph’s Boys (Dublin) and Aisling Annacotty host Torro United of Meath.

YOUNG Munster currently sit in sixth position – two spots outside of semi-final qualification – in Division 1A of the Energia All-Ireland League and have the chance to climb further up the table when fourth-placed Dublin University are visitors to Tom Clifford Park on Saturday next (kick-off 2.30pm).

Gearoid Prendergast’s team underlined their local superiority with an exciting 31-27 home bonus-point defeat of deadly rivals Shannon at the weekend. Munsters’ led 24-15 at the interval.

Overall, a bumper crowd received ultimate value for money in this nine-try thriller.

DENIS O’Malley will be inducted into the Limerick Hall of Fame next Saturday night.

The Drombanna trainer is being recognised by his peers in the Limerick/Clare Greyhound Owners and Breeders Association for a lifelong involvement in the sport. O’Malley is also a previous winner of Public Trainer of the Year at Limerick, an award that will be presented this time around to Pat Buckley of Doon.

LIMERICK stages an attractive all National Hunt card on Tuesday next, January 31.

On the point-to-point front, Askeaton Races take place next Sunday (12.30pm onwards), with bar/food/bookmakers on site. 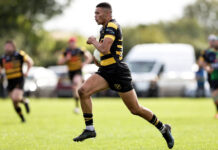 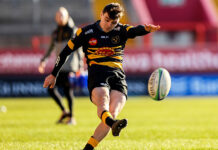 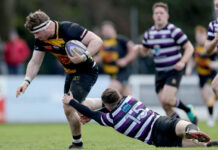 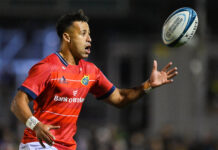