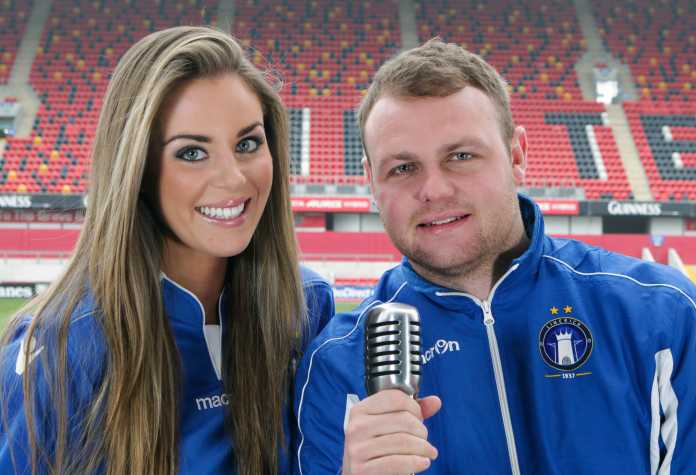 LIMERICK FC manager Stuart Taylor has raided the English and Scottish leagues in recent days, bringing in three players from across the water.
Defender Robbie Williams, loan signing Craig Curran and former Manchester United youth player Danny Galbraith have all been added to the Super Blues’ squad for the 2013 season.

Galbraith (22) signed for Man United as a teenager in 2006 and played in the FA Youth Cup final in his first season at the club, but a series of injury problems meant he never graduated to the first team and he departed for Scottish side Hibernian in 2009.
Among his team mates in the 2007 FA Youth Cup final were Danny Welbeck, German international goalkeeper Ron-Robert Zieler and current League of Ireland players Christy Fagan and Conor McCormack.
Taylor said of the Scottish winger: “He’ll be a great addition for the young players to learn from and his presence alone has given the dressing room a lift already.”
Yorkshire born Williams (28) has appeared for several clubs in the Football League in England, including Barnsley, Huddersfield Town and Plymouth Argyle.
He can play in any position across the back four, although his most prominent role is at left-back, and he brings the experience of more than 200 league games with him to Limerick.
Taylor has also bolstered his attacking options by bringing in Curran (23) on loan from Rochdale.
The Liverpool born striker began his career with Tranmere Rovers before moving on to Carlisle United and Rochdale.
He had recently been on loan at Chester City, where he averaged over 0.5 goals a game, and he now joins Limerick FC on a loan deal from Rochdale.
Limerick FC have also signed Belgian striker Axel Bossekota, who had recently been on trial at the club and featured in some of their pre-season games.
There was further good news this week for the club when RTE announced that it would show live coverage of their first game of the new season against Cork City.
The fixture has now been arranged for Sunday March 10 with a 5:15pm kick-off at Thomond Park.
Limerick FC’s chief executive John O’Sullivan said: “This only confirms that Limerick’s return to top flight football is the real story of the Airtricity League this season.”
It was also confirmed that the Super Blues’ second home game of the season against UCD has been fixed for Tuesday March 19, with kick-off at 7:45pm.
Limerick FC will step up preparations for the new campaign with a pre-season trip to Scotland this weekend.
The four-day training camp includes matches against selections from Dundee United and Hibernian and comes just days after a friendly against Wexford Youths.
Taylor’s men have already been getting in some valuable game time ahead of the March 10 kick-off, although they were beaten 1-0 by Waterford United in a friendly at the RSC last week. They also exited the Munster Senior Cup after a 4-2 defeat away to Avondale United.