LIMERICK’S Paul O’Connell will captain the British and Irish Lions in this weekend’s clash with the Barbarians in Hong Kong. The Lion’s Tour captain, Sam Warburton, misses out through injury, so O’Connell, captain in 2009, will lead the team out in the famous Hong Kong Stadium for their opening game of the tour.

Limerick’s other Lion. Conor Murray, will start on the bench. Wales’ Mike Phillips starts at nine ahead of the Garryowen man.

The 23-man squad for the match against the Barbarians in Hong Kong comprises 17 players on their first British & Irish Lions tour.

All three Scottish tourists are included plus 11 Welshman, five Irishmen and four Englishmen.

Tour Manager Andy Irvine said: “After all the pre-tour preparation in Cardiff and Dublin the match against the Barbarians on Saturday marks another milestone in the proud history of the Lions and the start of the 2013 tour.

“This is the important first match of a 10-match tour and the players are eager to get the tour off on the right note. Training has gone very well and it is exciting to see 11 players making their run-on debuts for the Lions, including the tour’s youngest player Stuart Hogg.”

Head Coach Warren Gatland said: “I am really excited by the first selection of the tour. Naturally it comprises largely those players not involved in last weekend’s Aviva Premiership and RaboDirect PRO12 finals and we have a lot of players making their debuts for the Lions. At the same time we have a hard core of experience with the six former Lions sharing 430 caps between them and 19 Lions Tests.

“There are also some proven combinations such as the Welsh centre pairing and backrow. Some of the boys who played last weekend are on the bench as cover and generally everyone in the camp is raring to go.” 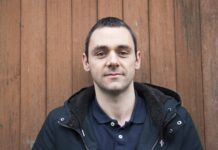 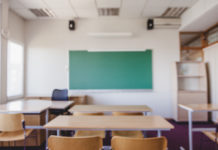