COUNTY councillors have called for an immediate resolution to an impasse between Irish Water and the local authority,which they claim is delaying the taking in charge of housing developments ready for handover.

Cllr Kevin Sheahan (FF) told council management at this Monday’s County Council meeting that Irish Water are “playing with peoples lives”. He accused the new water utility company of “blackguarding” the local authority who cannot take housing estates in charge without prior approval from Irish Water.

“What right have Irish Water to play God? They have squandered two billion in taxpayer’s money for water that already existed. What games are they playing?” Cllr Sheahan asked.

“People have serious financial worries and I have serious concerns for people’s health. Irish Water are playing with people’s lives,” he claimed.

Cllr James Collins (FF) said his longstanding concerns regarding Irish Water have now proved well-founded. He reminded council members that they were asked to sign a service level agreement without prior knowledge of any terms and conditions it might contain.

“We refused to pass the estimates budget in December and told the county manger we were not satisfied with the lack of information surrounding the Irish Water Service Level Agreement. The Manager gave a commitment he would not sign the contact on our behalf if he was not happy with it but the Minister ordered him to sign.

“We are beginning to see the practical local implications of a poorly executed national policy decision,” said Cllr Collins.

“Simple water main repairs, such as that on the Dooradoyle Road, must now be submitted to Irish Water for approval. Repairs are to be completed on a priority basis but social implications such as traffic disturbances may not rank high on Irish Water’s list,” he warned.

Fine Gael councillor Michael Sheahan said he received a letter from Irish Water explaining that they would sign off on taking in charge developments once they had formal confirmation of a “clean bill of health” from the local authority.

“There has been a lack of engagement with Irish Water. It’s time to get the finger out and be pro-active,” he declared.

Director of services Kieran Lehane described the issues  as “teething problems” and promised they would be “sorted out”.

County Manager Conn Murray commented: “At the end of the day, life has not changed that much, there’s just an extra player on the pitch.” 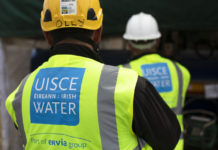 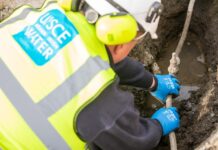 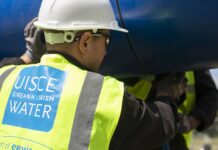