INDEPENDENT local election candidate for Limerick City West, Richie Ryan, believes campaign posters are a “costly nuisance” and is calling for them to be outlawed in future elections.

It’s too late to ban campaign posters for the May 23 local elections with almost every lamppost in Limerick City and County plastered with the airbrushed photos of our political hopefuls. However, Mr Ryan is urging Environment Minister Phil Hogan to begin the process of outlawing what he deems as “unsightly pieces of street litter” before the next General Election.

“I estimate more than €100,000 has been spent on elections posters for Limerick city alone. This is a complete waste of money, considering what €100,000 could do for community groups and charities currently working in the city and struggling for funds,” he said.

The well-known theatre practitioner turned community activist believes election posters are also an unnecessary environmental nuisance that litter the county in the run up to, and even after elections.

In this age of social media, Mr Ryan said he cannot understand the need for campaign posters.

“I don’t expect all candidates to take a stand with me against this senseless, costly self promotion, especially as some were so eager to get into poll position with their campaign posters, they jumped the poster deadline. However I would hope that some would see the affects they have on the environment and the financial cost, and opt instead for a more modern approach to communicating with the electorate,” he added. 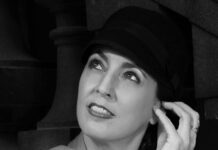 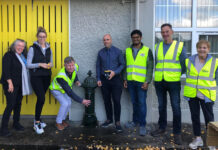