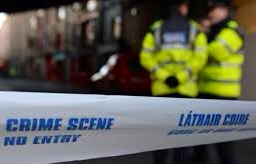 A MAN and a woman have been seriously injured in a shooting at a housing estate in Newcastle West this Wednesday afternoon.

The male, understood to be in his 30s was shot outside a house in the Castleview estate of the county Limerick town shortly after 3:30pm. He has been seriously injured in the incident when he was shot by a lone gunman on the right side.

Both of the victims have been taken to University Hospital Limerick.

Gardaí at Newcastle West have appealed for witnesses and are looking to trace the whereabouts and movements of a 2003 registered silver coloured Volkswagen Passat.

They are appealing for witnesses who at have seen the car.

Gardai and investigators from the Limerick division are trying to establish a motive for the gun attack but no arrests have been made as of yet.

The scene at Castleview has been sealed off and a technical and forensic examination will be carried out.

An incident room has been set up at Newcastle West Garda Station which can be contacted on (069)20650.