St Patrick’s Athletic striker Christy Fagan has been named the SSE Airtricity/Soccer Writers’ Association of Ireland Player of the Month for November. It is the second time that Fagan has won the monthly award which was presented to him today by Leanne Sheill from SSE Airtricity. Fagan capped off a terrific season, in which he scored 27 goals in all competitions, with a brace in the FAI Ford Cup final as St Pat’s ended a 53-year wait to land the trophy.

The 25-year-old insists it was a fairytale ending after failing to retain the league title. “It was the best possible way to finish off what was a good season, but a little bit disappointing too with how the league went,” said Fagan. “Watching that second goal roll in in the cup final, because it was so late we knew that was it. It was nice to celebrate it into the stand where our fans where. That’s a nice memory.”

Fagan turned down a move to Chesterfield to stay with the Saints for next season and he is targeting even more success with Liam Buckley’s men next year. “I spoke to Chesterfield but I’m happy to be staying at St Pat’s,” he added. “I’m already looking forward to next year and hopefully winning a couple more trophies. “We’ll be looking to be closer in the league next year, definitely. We need to be a bit more consistent. “Personally, I don’t like to set too many target but I want to get off to a good start and have a good pre-season to start off with.”

In winning the award, Fagan fended off competition from team-mates Greg Bolger and Keith Fahey who were second and third respectively. 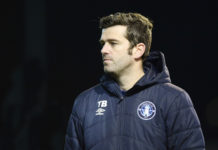 Limerick travel to face Bohs as search for win goes on 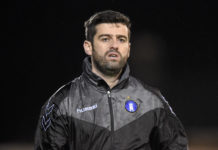 Barrett calls for ambition ahead of season opener in Sligo