THE COUNTDOWN continues to the start of the 2015/2016 Basketball Ireland National League season with the confirmation of fixtures for all 38 participating teams.

Team Montenotte Hotel get the defence of their Women’s Premier League title underway at home to UL Huskies. The only loss the Glanmire side suffered last season was at home to DCU Mercy and that fixture will be sandwiched between potential cup dates on January 16th. Portlaoise Panthers start their debut season in the top flight with a bye-week before hosting Maxol WIT Wildcats on October 10th.

The honour of the first game of the National League season goes to Galway as NUIG Kingfisher Mystics host Kilkenny newcomers Marble City Hawks in Women’s Division One at 2pm on Saturday. Ulster Rockets begin life in WD1 away to champions Oblate Dynamos while Longford Falcons return to the National League against Fr Mathews in Cork.

Last season’s Men’s Premier League came to a close with the Champions Trophy Final between Templeogue and C&S UCC Demons. The Dubliners couldn’t prevent Demons from claiming an historic treble in Galway but could fancy their chances when the sides meet in the Oblate Hall in Inchicore next Saturday. Eanna’s first ever Men’s Premier League fixture is at home to GCD Swords Thunder while newly promoted SSE Airtricity Moycullen must travel to Pyrobel Killester.

Four clubs embark on a National League campaign for the first time in Men’s Division One. Keane’s SuperValu Killorglin host IT Carlow while fellow freshmen Kestrels host an experienced Maree side in Portarlington. KUBS are on the road to Galway for their first taste of MD1 action for a game with JM&L Auctioneers Titans. Neptune host Fr Mathews in the first Cork derby of the season.

The National Basketball Arena in Tallaght will once again play host to league fixtures in 2015/2016. The Men’s Premier League serves up another series of double-headers allowing basketball fans to see more of Ireland’s best players under one roof. The double-headers commence on Sunday October 18th with UCD Marian playing C&S UCC Demons and Eanna taking on SSE Airtricity Moycullen.

There are more days out for fans on December 13th and December 20th before a New Year’s festival of basketball featuring all 10 teams in the Men’s Premier League on January 2nd and 3rd.
The Arena will also host Women’s National League action this season. A special round takes place Saturday October 31st – Sunday November 1st with four Premier League games and four Division One games.

The post-season commences on March 5th, 2016 and builds to the National Finals weekend which will be held in Kilkenny on the 19th and 20th of March. 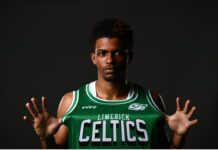 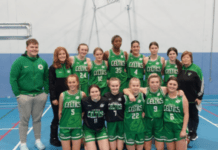 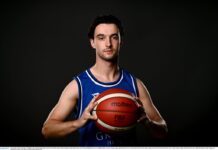 Report| An up and down weekend for Limerick basketball 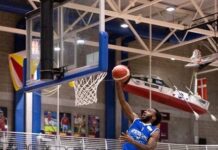