THE NOMINATIONS for the 2015 annual Horse Racing Ireland Awards have been announced with 30 representatives of the Irish racing industry selected for consideration. Trainer Enda Bolger from Bruree has been nominated in the point-to-point category.

Newstalk presenter and racing enthusiast Ivan Yates will be master of ceremonies for the awards, which take place at Leopardstown Racecourse on Monday December 7th.

Four category winners are decided by a ballot of the Irish racing media.

The nominees in the National Hunt category are trainers Henry de Bromhead, Gordon Elliott and Willie Mullins, along with jockeys Mark Walsh and Ruby Walsh.

The Point-To-Point category is made up of Don Atkinson, Enda Bolger, Jamie Codd,
Donnchadh Doyle, Liz Lalor and Derek O’Connor.

The winner of the Outstanding Achievement Award is selected by the Irish racing media and the general public through a dedicated HRI awards app or through forms available from HRI.

The Contribution to Industry Award will be announced by HRI Chief Executive, Brian Kavanagh. The award is HRI’s recognition of an individual or entity whose overall work and achievements have made a lasting positive impression on racing and breeding in Ireland. Previous winners include Mick O’Toole, Jim Bolger, Moyglare Stud, Dermot Weld, Colm Murray and Michael Kinane.

The Racecourse of the Year Award winner is chosen by the Racegoers’ Consultative Forum, with sub-category awards for ‘Best Information Services’, ‘Best Entertainment’, ‘Best Catering’ and ‘Most Family-Friendly’.

Brian Kavanagh, Chief Executive of HRI said: “The list of nominees for the 2015 Horse Racing Ireland Awards demonstrates the continuing strength-in-depth of Irish racing and allows us to celebrate the achievements of our jockeys, trainers, racecourses and others who have contributed so much to the reputation of the sport. I would like to congratulate all the nominees and look forward to celebrating their achievements at Leopardstown on Monday the 7th December.”

The dedicated HRI awards app contains information about the awards and each of the nominees, an image gallery and all the latest news. It will also provide a live stream of the awards on December 7th. Voting is now open for the Outstanding Achievement category. 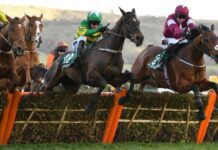 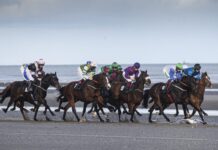 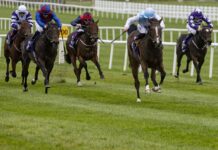 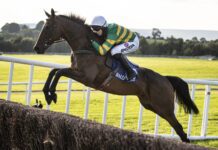