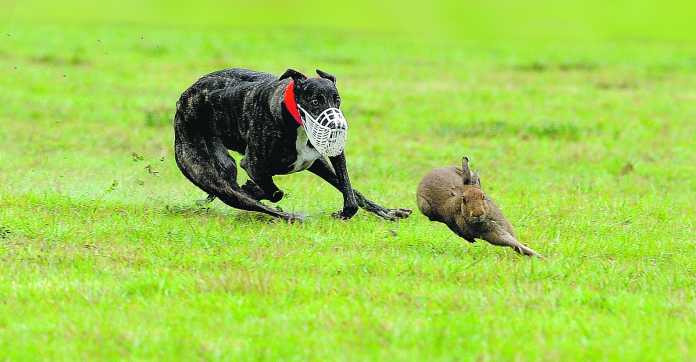 Spokesperson for ICABS, Aideen Yourell, claims that a monitor, overseeing a meeting of Ardpatrick and Kilfinane Hare Coursing Club at Bulgaden, was “threatened and intimidated by courses, one of whom had a large stick”.

According to Ms Yourell, monitors were attempting to film coursing cruelty from the public road outside the County Limerick venue at the time of the alleged assault.

“An ICABS monitor filming from a high bank on a private roadway, with permission from the landowner, was rushed by a courser brandishing an umbrella in a threatening manner, chased to her car, where a struggle ensued, with the male courser demanding the camera, which he grabbed by force and fled,” she said.

A report was made to Gardaí in Bruff and the camera later retrieved.

“The camera was handed into the Garda station in nearby Bruff, without the memory card containing footage of hares, used as live bait, running from greyhounds.”

ICABS say they noted a number of situations at the coursing meet in Bulgaden where hares couldn’t access the escape area.

“They were being hounded around the coursing field after course (race) was over, prolonging their terror and trauma. Clearly, the coursers had a lot to hide and resorted to violence to prevent film evidence of their barbaric cruelty emerging.”

ICABS have since referred the alleged incident to the National Parks and Wildlife Service, under the remit of Minister for Arts, Heritage and the Gaeltacht, Heather Humphreys.

There was no comment from the Irish Coursing Club at the time of going to press.