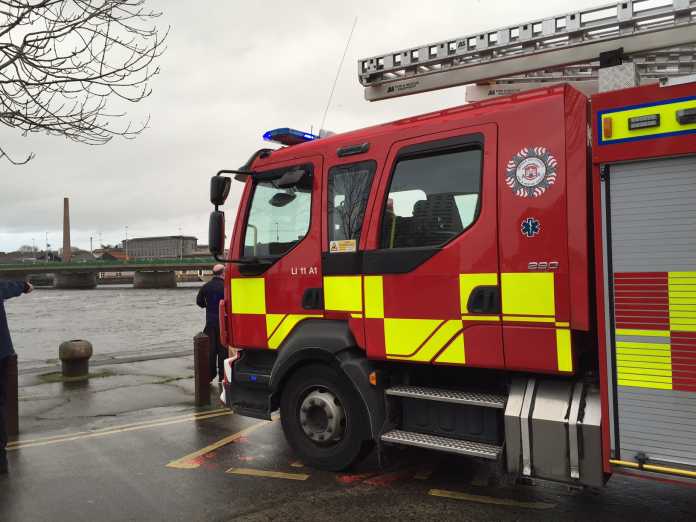 A YOUNG Limerick teenager has been rescued from the flooded River Shannon in the early hours of 2016.

Shortly before 1am as the New Year was unfolding, Limerick City and County Fire and Rescue service were mobilised to a river rescue in Castleconnell.

The call came in at around 12.50am of a person in the river near the playground at Ferrybank, Castleconnell.

In recent weeks, this area has been extensively flooded.

Three units of Limerick service, with swift water rescue technicians on board, were dispatched to the scene.

The young male was removed from the river by friends as the fire service arrived.

Upon arrival, the fire service crew members administered emergency first aid due to the young man suffering from seizures and the effects of immersion in the cold water.

The teenager was removed to the University Hospital Limerick where his condition is being monitored but he is understood to be stable.

Helplines in times of need