A LEADING light in Limerick’s business and entertainment communities has been quenched with the death of the man who helped put the magic in Munster.

Vincent Finucane ran his electrical shop in Upper William Street from 1959 until he retired in 2001 and was known and loved by fellow traders and customers alike.

The founder of the Munster Society of Magicians, ‘The Great Vincento’ went on to become its President and he was responsible for bringing magicians from all over the world to a gala show in the city’s Savoy Theatre.

Vincent was well-known for performing for charity and he regularly performed for sick children in hospitals and other centres.

The 86-year-old was a keen golfer and coordinated the J.P. McManus golf championship as well as being captain and president of the Limerick Golf club.

Speaking at his funeral, Vincent’s long-time friend and fellow magician, Terrance Andrews, said that as a businessman he “built up a very loyal customer base which was a testament to his integrity and hard work. He was an integral part of the business community and he was sadly missed when he retired”.

At Castlemungret cometery another friend from the Munster Magician’s, Paddy Ward, performed the traditional breaking of the magic wand ceremony.

“We acknowledge that without a master to wield it, this wand ceases to have its strength and power. This wand, without Vincent, is useless. Magicians have lost a brother”.

He lived with his wife Myra, and raised daughters Valerie and Laura on Fr Russell Road. He is also survived by his grandson, Sean. 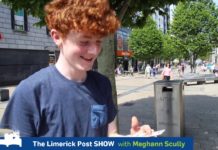 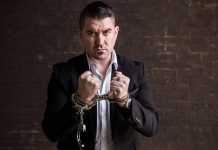