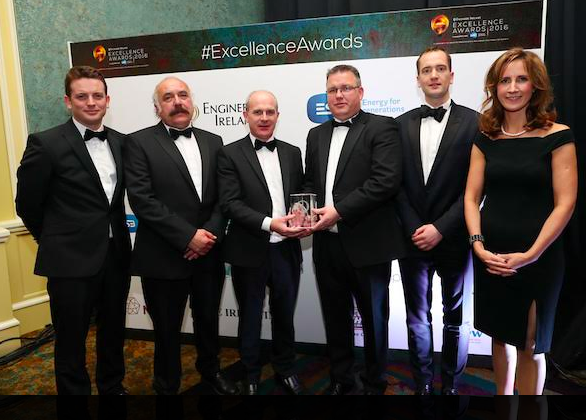 The annual awards recognise and celebrate significant and important engineering works undertaken around the country. The City Quay’s project has resulted in a high quality waterside environment for public use and enjoyment of the River Shannon, as well as a unique setting for the on-going revitalisation of the city centre.

The project was undertaken by Limerick City and County Council at a total cost of almost €5 million, with part-funding secured through Fáilte Ireland under the NDP (2007–2013) Tourism Infrastructure Programme.

The Project Managers were Lawlor Burns and Associates; Nicholas de Jong Associates were the Urban Designers and the Engineers on the project were O’Shea Consulting. The contractors were L&M Keating Ltd.

Vincent Murray, Senior Engineer with Limerick City and County Council told the Limerick Post this week, ”We are delighted that the project has been recognised by Engineers Ireland. It was a complex project carried out on a street that had to be kept open for business. The project had several outcomes which had to be kept in mind. As well as being a wonderful amenity for the people of Limerick to enjoy, it also had and is acting as a catalyst for further investment in the city centre.”