A student from Laurel Hill Coláiste FCJ has been awarded a prestigious prize for sports journalism at the annual NewsBrands Ireland Press Pass Awards which took place in Dublin’s Convention Centre on Friday last.

Sorcha Nic an tSionnaigh, who is in transition year, was awarded second place in the sports category for her piece, ‘Ballyea in Shock Win’, which was a report on the Munster club senior hurling semi-final between Ballyea of Clare and Thurles Sarsfields of Tipperary.

Speaking about the article, the judging panel said: “It has been a year that the hurling faithful of little Ballyea will never forget – and next week’s All-Ireland senior club hurling final may bring an even bigger reason to remember.

“Along the way the club that only won their first Clare county title this year had to see off the might of Tipperary champions Thurles Sarsfields in the Munster semi-final – and they did just that in an epic battle which was wonderfully captured by our Sorcha. A good match report paints pictures, captures the emotion and significance of the occasion and transports readers through words to witness history in the making.”

Finian McGrath T.D., Minister for State with special responsibility for Disabilities, attended the awards and presented students with their awards. Speaking at the awards in the Convention Centre he said: “Press Pass is a wonderful initiative that promotes literacy and critical thinking skills by bringing newspapers into classrooms and encouraging students to study them in depth.

NewsBrands Ireland Chairman, Vincent Crowley recognised the quality of journalism produced by the winning students and said: “We are consistently impressed by the standard of work that the young people of this country produce. This year is no exception. It bodes well for the future of journalism in this country and for Ireland more generally.” 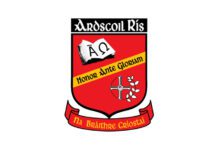 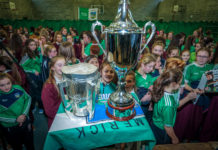 Glenstal is best school in country