A FIRST birthday is a huge milestone for any family in the life of their child.

But for Una Quish from Castletroy, her beautiful baby son Noah’s big day has even greater significance this March.

Nine-month-old Noah was born with CHD (Coronary Heart Disease), which is one of the most common types of birth defect, affecting up to 1 in 100 babies born. Children born with CHD suffer defects that can range from the very mild to extremely complex. Some children could have three open heart surgeries in the first four years of their lives.

Noah’s mother describes her family’s experience after the birth of her bright-eyed bundle of joy and discovering he had a hole in his heart as “traumatic”. She now aims to raise awareness and support for Congenital Heart Disease Awareness Week, running from February 7 to 14.

“Noah has battled numerous health issues and spent over three months in hospital due to a significant heart defect, in which he had lifesaving catheter heart surgery and also open heart surgery,” mum Una told the Limerick Post.

“Without the amazing surgeons, doctors and research, he wouldn’t be here today and getting prepared for his very special first birthday in March,” she added.

Noah also had airway surgery for severe obstructive laryngomalacia and severe sleep apnia and he also has a rare chromosome deletion, only the second such case in Ireland. According to his mum Una, all surgeries to date have been successful and her son is currently doing much better.

“Noah never looked sick but he was failing to thrive so awareness is very important and it’s not till it knocks on your own door will it be take any notice of.

“These kids put up a fight for their lives. Their heart is stopped by surgeons to perform surgery. Then there’s silent tears, the heartache on us parents handing our kids over to a complete stranger, and not knowing if we I’ll see them again, it’s horrendous,” she explained.

One in 100 children are diagnosed every year with CHD and some don’t make it.

“Noah is recovering great. He has a long road ahead but is a born fighter and we are helping to promote this fundraising drive for Crumlin Children’s Hospital, the national centre for paediatric cardiology.”

Heart Children Ireland is the support group in Ireland for children born with CHD and also those with acquired heart disease. Twenty seven years in operation, they have been supporting the Children’s Heart Centre in Crumlin since they were founded.

To help sick children like Noah donate online at https://cmrf.org/donate 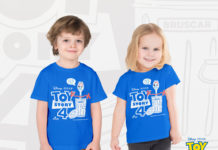