Sinn Féin’s Spokesperson on Business Enterprise and Innovation Maurice Quinlivan TD today called for more clarity to be provided by the government on preparations to support businesses in the event of a no-deal Brexit.

Questioning the Minister for Business, Enterprise and Innovation Heather Humphreys this morning in the Dáil, the Limerick City TD said;

“Brexit edges closer and closer and we still have no idea what it will look like.

“With less than one year to go, PricewaterhouseCoopers is now predicting a hard Brexit is the most likely outcome.

“We have had the Border issue long fingered last December and again in March of this year. We need clarity and a firm commitment from Government on this most vital concern to the island of Ireland.

“European Council President Donald Tusk this morning reaffirmed the position that there will be no withdrawal agreement without a solution to the border.

“I am extremely concerned that the weak Tory government in London, with DUP influence, could end up scuttling the entire Brexit deal simply to promote their nationalist England first agenda.

“With Boris Johnson ridiculously talking about London borough borders and Teresa May recently citing the completely unacceptable US-Canada model, it is clear the British government still have no answers on the Irish border question.

“What will businesses do on March 30th 2019 if no deal is struck by then? Where will their exports usually destined for Britain go? What will happen to our food supply chain?

“Enterprise Ireland and InterTradeIreland will no doubt be inundated with calls, and queries in the run up to this date and beyond in the case of a hard Brexit? What plans are there to inflate staffing numbers and resources, even temporarily, for such a possibility?

“With less than a year to go now to that possibility, we need to hear what the government have planned to date in this regard. Businesses need clarity on whether preparations are under way to assist them in such a scenario.

“I appreciate that a hard Brexit remains just a possibility at this stage, but if the British negotiations to date are anything to go by, things are only set to get worse.” Mr. Quinlivan concluded. 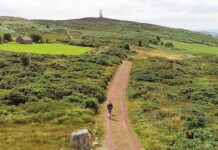 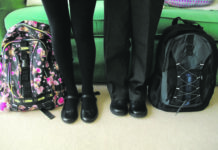 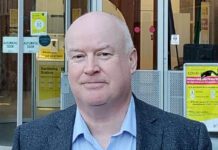